KingBeez said:
Breh the masked singer and survivor doing 5 and 3 mil is not changing the ratings for AEW breh, be real

WWE had two Monday night football games on this week simultaneously, and got their lowest ratings since July (1.59, had 1.7 last week). Both games got more than double them viewers (12.8 and 8 mil), that’s a more valid excuse for a dip than AEW.

AEW Grand Slam viewership being down 19% year over year (27% in the target demo), and down 12% from last week (10% in demo), shows that there is a bigger issue at hand that needs addressing. I’m not expecting them to hit WWE numbers in year 3, but I am expecting them to retain or grow their viewers year over year/week over week, especially for a show wildly advertised as this one 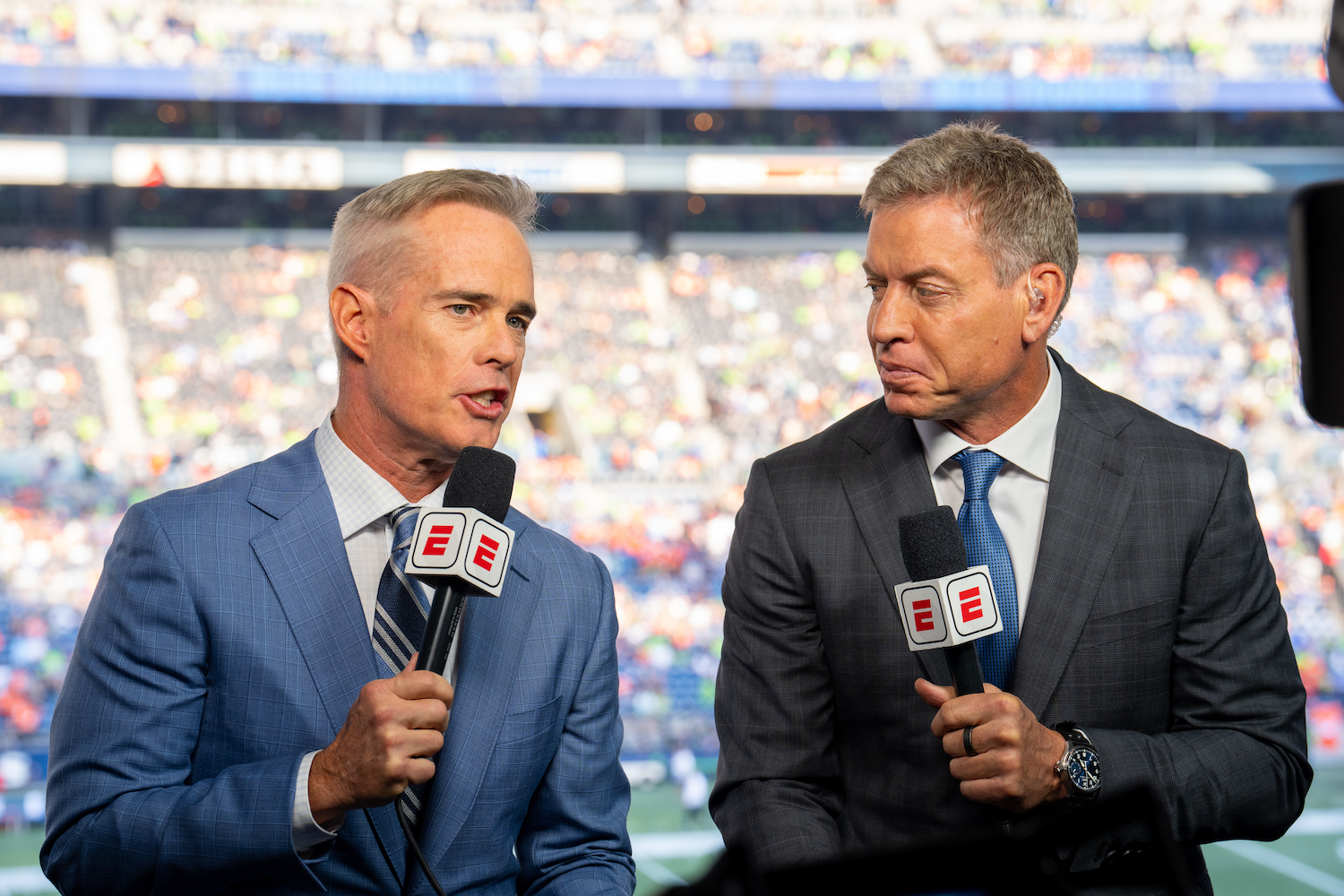 With Monday Night Football splitting its audience across two games and two networks, neither was an impressive draw individually.

We know the NFL be whooping WWE’s ass. That’s been reality for as long as I’ve been alive.


The problem is ya’ll always wanna look at what AEW does through a what-WWE-does lens, and it’s skews y’all judgement.

I don’t know if it’s because AEW stans got hyped over NXT wins and started talking that massacre RAW nonsense but let me tell you, WWE is king. They’re the big dog in pro wrestling. They have the biggest gates, they have the most lucrative tv deals, they average the most viewers etc. that’s not gonna change. Whatever their biggest show is doing (Smackdown) you can expect AEW’s biggest show to do significantly less. That’s just how it is. If WWE’s bread and butter is only doing slightly over 2 million on a good night, you can’t really expect AEW to do that much more than 1. If you do, you might need to adjust ya expectations a lil bit.


AEW hit its peak in interest right after Punk, Bryan and Cole’s debuts. They kinda fumbled that and the market corrected itself almost immediately afterwards. Is what it is. They’ve stalled in growth, but that doesn’t necessarily mean they’re in a bad spot. They’re number 2 and that’s fine

Look in my eeeeeeeyes, what do you seeeee? A piss poor personalityyyyyyy.

Glad to see you back in TSC.

Is the Ruby injury because fukkboy Sammy dropped her on her head/neck?

I’m nutting in this demonic Pwussy. Ass is fat so call me Dante cuz I going balls deep in that inferno.

Jmare007 said:
Honestly, last week's ratings made no sense. It had no right to be that high considering the show after All Out was good but didn't have any big cliff hanger or must see stuff.

Like @Larry Legend said, anything over 1 million is good for AEW and being the n°1 cable show in the demo for the day is all that matters to TV networks

Lie. Even cable networks care about ratings. We really need to stop this bullshyt narrative that demos are the driving force now. Cable networks always tout big ratings for their shows, and they mention demos as an afterthought.

Glad to see you back in TSC.

Is the Ruby injury because fukkboy Sammy dropped her on her head/neck?
Click to expand...

Why ty! Tay broke her nose. Tho Sammy did damn near paralyzed her with that unsafe drop.

Brad Piff said:
Alvarez says 58 year old Billy Gunn is the most over guy in the company

if that’s true then AEW has a big problem.
Click to expand...

You know I was thinking this earlier….Billy Gunn gotta be the most charismatic/uninteresting wrestler of all time.

He could never get over as a single wrestler to where fans fully cared but in a group, tag team or even in a manger role? It’s the exact opposite.

I think Billy’s strength is playing off of other people that are charismatic. He fits into The Acclaim well because they have that DX type of energy from the 90’s. He’s pretty much reprising his role in DX. The juvenile behavior, over the top silliness with the phrases and sexual innuendos are all there.

Billy probably having flashing backs from attitude era right now…But as long it benefits The Acclaim that’s all that matters.

I still scratch my head at this though lol

“What we do know is that Black was one of the people WWE reached out to even though he had signed a five-year deal with AEW. When Paul Levesque took over from Vince McMahon, WWE contacted a number of former WWE talents that were working there that either had left on their own or that Vince McMahon had fired. Black was not the only person to ask for his release at the time.”
Click to expand...

That’s tampering. Let's see if keep keep the same consistency in frowning upon it like when other companies get caught doing it.

So Andrade and Buddy wants to keep an eye on their women too. I think Andrade should practice patience, it’ll never matter to anyone what Buddy does

SpacelySprockets said:
I dont understand why stokely went from managing jade/the baddies to suddenly managing a bunch of random cacs and frank ocean

also whats with him always managing cac groups? the cultural shyt he always references doesn't even fit the people he surrounds himself with
Click to expand...

That’s why I felt like what he was doing with Jade and her group was very seamless, so I don’t get why they were split in the first place

So what was the point of signing her?


So what was the point of signing her?
Click to expand...

Paige wanted to get paid and Tony wanted another gamechanger


So what was the point of signing her?
Click to expand...