The Peripheral | TV Series | Prime Video | From the Producers of Westworld

Were you one of the people who watched The Rings of Power after Amazon's Thursday Night Football? Well, there's a new kid in town: The Peripheral, which drops it's first episode tonight at midnight. The show is based on the novel of the same name by William Gibson. This is the first series from Jonathan Nolan and Lisa Joy, since they signed their 5 year $150M deal with Amazon in 2019. If you didn't know, they're the creators of HBO's Westworld.

The show stars Chloe Grace Moretz, who played Teri in The Equalizer. Denzel came to her rescue and tried to buy her freedom for $9800. Cash. Slavi shoulda taken the money.

Her brother is played by the dude from Midsommar, who was inadvertently eating a broad's pubic hair.

Set in the future when technology has subtly altered society, a woman discovers a secret connection to an alternate reality as well as a dark future of her own.


Here's a a review from The Hollywood Reporter. They say it's a more accessible Westworld. That's cool with me. 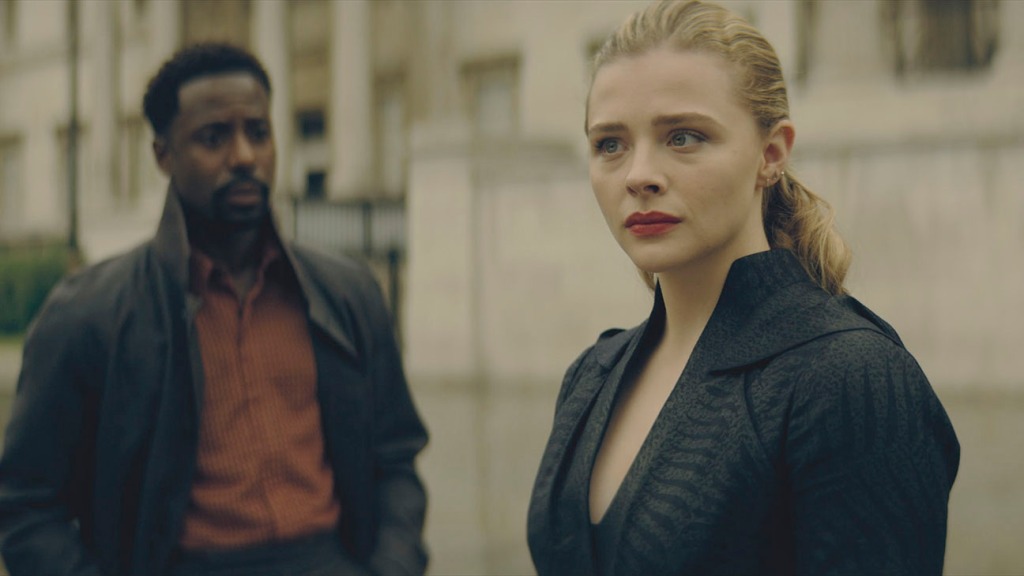 ‘The Peripheral’ Review: Chloe Grace Moretz in Amazon Drama Tailor-Made for the ‘Westworld’-Weary

Don't know how that happened.

Can you move threads or do I have to create a new one in the film room?

Can you move threads or do I have to create a new one in the film room?
Click to expand...

Ask the mods to move it

Read all the books, can't wait to watch the show later tonight.

Is this worth watching? Or should I catch up on Cobra Kai instead?

1 Episode in - Even knowing what's gonna happen, this is really damn good.

Episode 1 was a well done pilot. Chloe and the concept hooks you. We watching Westworld in VR. Or are we? If I can't tell the difference, does it matter?

Mr. Ice was even looking like a Westworld host with that Skynet / Darth Vader arm.

Hearing Chloe's southern accent is strange. I know she's from Atlanta but it's still weird hearing it. Doesn't take me out of the show tho.

Those nighttime cityscape and skyline shots?

It was funny when the old dude in charge told the hick drug dealer that they had to talk about the bullying. I'm thinking he's gonna get at him for bullying the drunk breh. No no no no. He turns the tables and asks this bozo how he gon let a drunk cripple bully HIM. A drunk, cripple with 1 limb at that.

I don't recall if Connor (amputee) or Wilf (London breh) were black in the book. I don't think they were, but I also don't recall the author spending much time in their appearances.

The thing about putting Black and White folks in the South is handling the tension. Some shows, like this one, don't go there. But the mind of the audience usually does.

For my money this is better than the books so far.

I went into the pilot not knowing what the show was about to being very interested by the end. Count me in.

I watched both episodes. I’m in