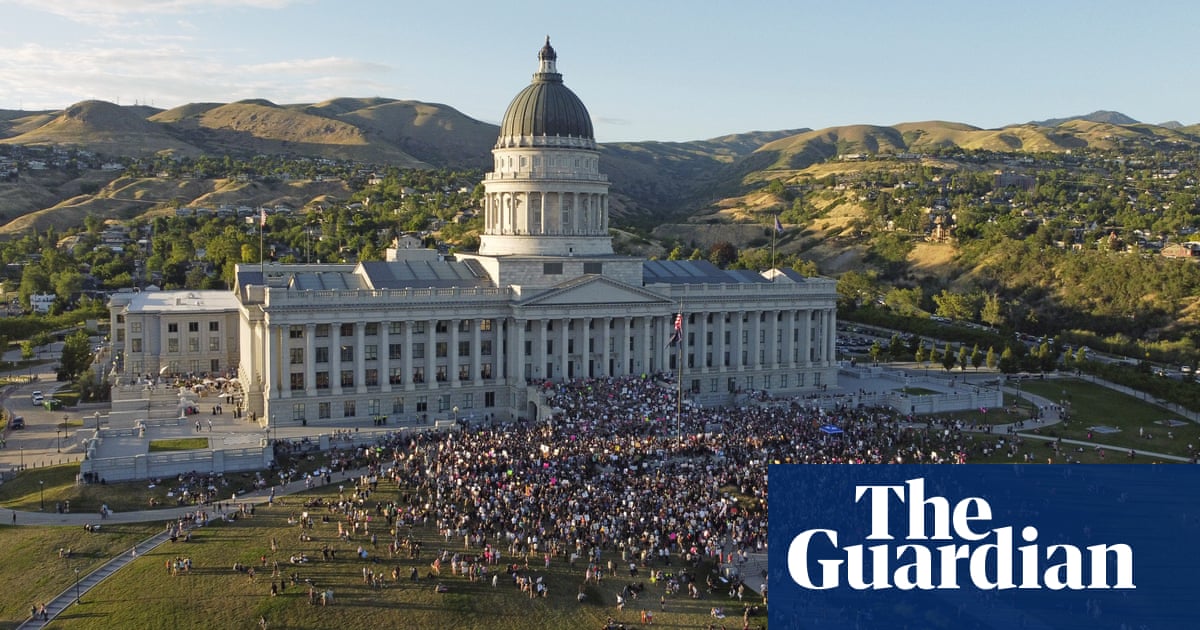 In the aftermath of the US supreme court decision that ended the right to abortion, amid nationwide protests over the removal of women’s control over their own bodies, one Utah Republican said women could “control [their] intake of semen”.

The comment by Karianne Lisonbee, a state representative, came in response to an assertion that men should be held accountable for unwanted pregnancies, not just pregnant women, the Salt Lake Tribune reported.

“I got a text message today saying I should seek to control men’s ejaculations and not women’s pregnancies,” Lisonbee said.

She added: “I do trust women enough to control when they allow a man to ejaculate inside of them and to control that intake of semen.”

Lisonbee spoke as conservatives celebrated the supreme court decision overturning Roe v Wade, the 1973 ruling which established the constitutional right to abortion.
The day after the ruling, Lisonbee walked back her statement.

“Women do not have a choice when they are raped and have protections under Utah’s trigger law,” she told the Tribune.

“My first statement in the press conference made clear the actions I have taken to pass bills that provide legal protection and recourse to victims of sexual assault.

“The political and social divide in America seems to be expanding at an ever-faster pace. I am committed to ongoing respectful and civil engagement. I can always do better and will continue to try.”

Angela Romero, a Democrat state representative who has promoted bills to help sexual assault victims, said she did not think Lisonbee meant to be “harmful”.

But Romero said she understood how a victim could see the remark and think politicians don’t believe that they were assaulted or abused.

“We have to be sensitive to how we phrase things because what we say impacts not just the people we represent, it impacts the entire state of Utah,” Romero told the Tribune.
Sonya Martinez-Ortiz, who leads the Utah Rape Recovery Center, told the paper: “Sexual assault in Utah is common, though often goes unreported.”
One 2016 survey found that one in six Utah women said they were raped, “higher than the national average”.

Several outlets which covered Lisonbee’s remarks took issue with her premise and tone.

“We can’t believe we even have to say this but … that is not true,” Self.com said.

“Sorry, ma’am,” the magazine said. “I read what you said again, and once again, my immediate response was, ‘Oooooh, that’s just gross.’”

How did I miss this one?

Also just wanted to add that you can EASILY tell that without their money and power, majority of these politicians would get NO BUNZ whatsoever if all they brought to the table was their personality

These fukkers..this is how a weak virus like covid became lethal.

Perfect example for the doubters on white supremacy and privilege is an inbred hick in politics playing doctor in the face of real medical professionals and the masses eating it all up.
D

RhodyRum said:
majority of these politicians would get NO BUNZ whatsoever if all they brought to the table was their personality

It's been said that DC is Hollywood for ugly people
You must log in or register to reply here.

B
Vasectomy: The US men embracing permanent birth control