Reppin
Dallas by way of Houston by way of San Antonio

:manuehh: is on retirement watch after a solid year

Parker is a free agent who hinted he's open to looking elsewhere if the money ain't right. But he's also willing to stay and be Murray's backup.

Green, Gay and Gasol all have player options this summer (with the only guarantee being Gasol to re-up at $16 mil)

Who knows what Pop will do after losing his wife.

Peter **** is about to lose his wife via divorce, and that could affect spending. #GMB

Which brings us to Kawhi Leonard. This has been one of the weirdest star player situations in some time. Spurs will meet with him in due time.

Will they offer the super max to a guy who only played 9 games? Hell will **** sign off on that when his soon to be ex wife is about to get half?

And the bigger question: will Kawhi even sign if offered the max? What do his teammates want him to do?

This offseason is the biggest since Grant Hill almost convinced DunGawd to go to Disneyworld. Will the Spurs remain THE Spurs, or will the ship finally sink?

RC GOATford going to need to pull off some magic

Sad that it had to be this way @twan83 at least your squad aint get swept.

players picking up their option

Judging by that Pau deal, Tony parker going to get some 3 yr 36m deal with a team option yr 3

'Pau Gasol seemed puzzled by questions about whether he would retire.'

Lmao. Bruh ain't leaving that money on the table

Let Anderson go, danny can go, forbes can go...lightskin trio its over

I wouldn't mind trading mills but I think we're stuck with him. Same for Gasol. We need to bring in some shooters and some athletes bad. This summer the focus is 1. Kawhi's long term health and contract, 2.Murray working with Chip on his jumpshot and 3. Letting Derek White run the summer league squad and prepare him for a bigger role next year.

Pop about to go back to back with these summer meetings

Pau Gasol seemed puzzled by questions about whether he would retire. 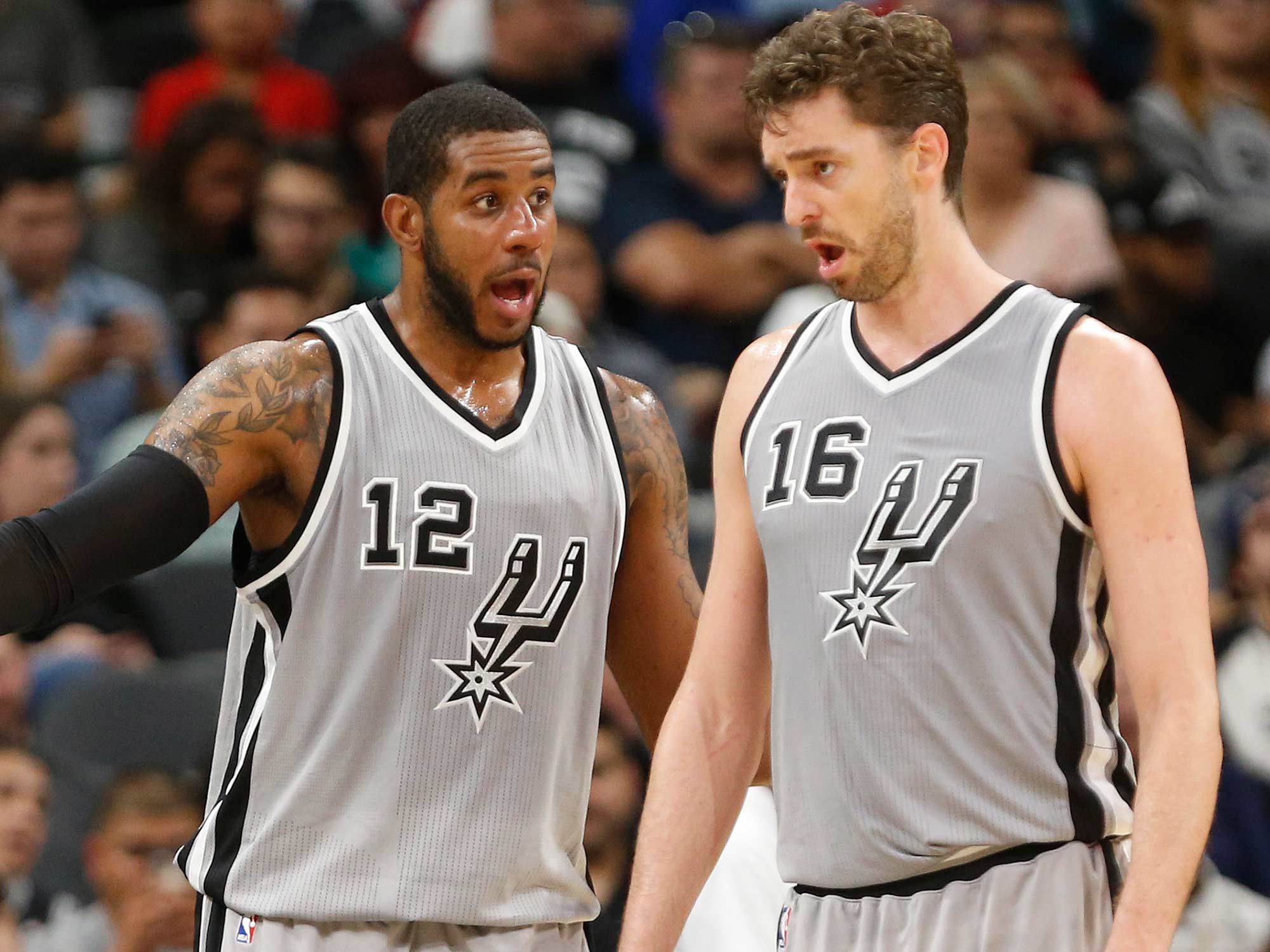 Franchise is a mess

I haven't been paying attention to this Kawhi shyt lately. Is he staying or going, Spurs fans?

Tony_Bromo said:
Franchise is a mess

Better than our sorry ass football team tho

twan83 said:
Better than our sorry ass football team tho

fax
You must log in or register to reply here.