So The Bucks overruled Gedo Booking

Now they need to do a FTR vs. Young Bucks feud


So The Bucks overruled Gedo Booking

Them boys bout to get all 4 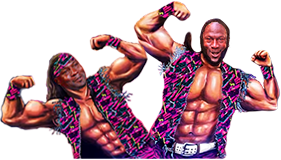 According to Tetsuya Naito, he was not invited to work the AEW x NJPW Forbidden Door Show. As a result, he’s refused to watch any footage from the event. Naito shared the revelation in his NJPW Diary (via Fightful).

Naito stated, “Unfortunately I was not invited to the AEW x NJPW show that is being talked about all over the place. Not invited = not needed. Right? Because of that frustration, I haven’t watched any footage of this show. I’m genuinely upset about it.”

While Naito did not work the show, his Los Ingobernables de Japon stablemate, Shingo Takagi, was in action on the card. Also, Hiromu Takahashi was forced to withdraw due to illness. Takagi teamed with Sting and Darby Allin to beat The Young Bucks and El Phantasmo in a tag team match.

Tetsuya Naito is a former three-time IWGP Heavyweight Champion and six-time Intercontinental Champion. It’s unknown why he wasn’t asked to work or attend the event.

Forbidden Door was the first jointly promoted AEW and NJPW card. It was held one week ago in Chicago at The United Center and broadcast live on pay-per-view. Thought he was injured?

Coulda put him in Timebomb’s spot.