TheNig said:
That's what happened to me last weekend. I missed the entire Ortiz card.
Click to expand...

we getting old Doc lol

patscorpio said:
we getting old Doc lol
Click to expand...

Bruh... It hit me yesterday. Somebody in TLR tried to shame me for my screen name. I realized that I've had this name since I was 20 years old on SOHH....

TheNig said:
Bruh... It hit me yesterday. Somebody in TLR tried to shame me for my screen name. I realized that I've had this name since I was 20 years old on SOHH....

Someone called me a Stan or something and I’m like damn I had this name since I was 19. I could give a damn about being a fan/Stan at this age
C

Sauce and Footwork said:
. I got Regis Prograis beating Teo.
Click to expand...

Regis needs to get going. Could be a top 5 p4p if he was active. 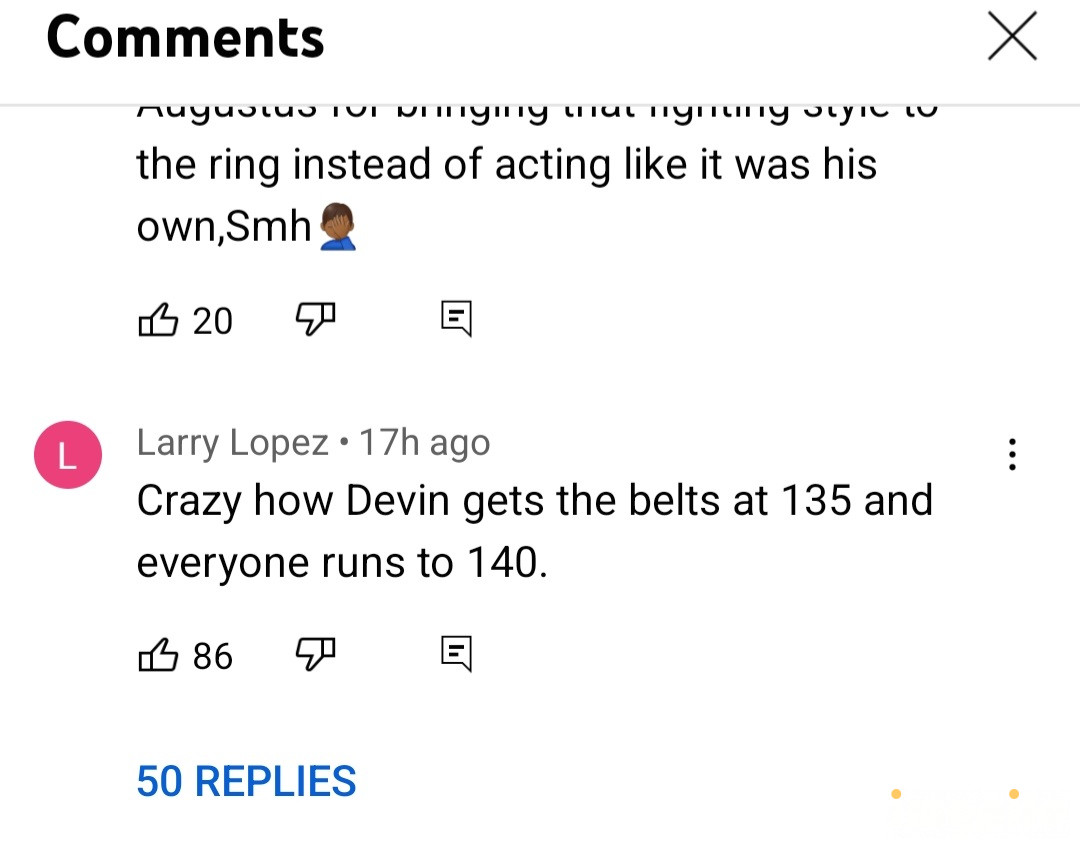 Sleep, those slices of death; Oh how I loathe them

Teo getting the stoppage at his first fight at 140 was impressive, once he feels up there he’s gonna be a problem.

BY JAKE DONOVAN
Published Tue Aug 16, 2022, 10:05 PM EDT
Teofimo Lopez’s return to the win column was among the most watched U.S. televised main events of the year.

The August 13 edition of Top Rank Boxing on ESPN featured Brooklyn’s Lopez enjoying a successful junior welterweight debut in a seventh-round technical knockout of Mexico’s Pedro Campa. The fight peaked at 913,000 viewers from an average televised audience of 890,000 according to Nielsen Media Research.

An overall average audience of 790,000 viewers tuned in for the two-fight, 102-minute telecast from Resorts World Casino in Las Vegas. The show pulled a 0.26 rating among home viewers aged 18-49, ranking sixth among all cable telecasts on the night and retaining nearly all of the lead-in audience from the preceding UFC Fight Night telecast (797,000 average viewership/0.27 P18-49), which ran ten minutes late and causing the Top Rank show to begin at 10:10 p.m. ET.

The ESPN telecast also featured rising junior middleweight Xander Zayas (14-0, 10KOs), who scored a fifth-round, technical knockout of Mexico’s Elias Espadas in the co-feature bout. The above figures do not include viewership from other ESPN platforms, including ESPN Deportes and streaming service ESPN+, both of which provided live coverage of the televised doubleheader.

Lopez (16-1, 12KOs) returned to ESPN for the first time since his career-best win and most viewed fight to date, a twelve-round decision over Vasiliy Lomachenko in October 2020. The lineal/WBA/IBF/WBO/WBC “Franchise” lightweight championship headlined a nearly six-hour telecast, with the main event averaging 2,729,000 to serve as the most watched fight on American television since July 2017, when Top Rank re-launched its ESPN boxing series.

In between that win and Saturday’s appearance was Lopez’s lone defeat, a split-decision at the hands of George Kambosos Jr. to end his title reign. The November 27 clash aired live on DAZN from Madison Square Garden Hulu Theater in New York City. The sports streaming platform is not required to report its viewership figures to Nielsen.

The loss also marked Lopez’s final fight at lightweight, with ‘The Takeover’ now eager to take over the junior welterweight division.

The ratings from Saturday suggest there is still plenty of interest in his career. The figures were comparable to the June 18 Top Rank Boxing on ESPN card, which was topped by Artur Beterbiev’s two-round destruction of Joe Smith in their lineal/WBC/IBF/WBO light heavyweight championship. The bout averaged and peaked at 912,000 viewers atop a two-fight telecast that averaged 753,000 viewers, though coming with a significantly higher price tag than was the case for Saturday’s main event.

Overall, Saturday’s show was the sixth-most watched boxing telecast on any U.S. platform in 2022 and fourth among ESPN boxing events for the year. It also marked more than a 90% increase from the previous Top Rank Boxing on ESPN show on July 15, which averaged 413,000 viewers. Arnold Barboza Jr. outpointed Danielito Zorrilla in the main event, which also took place at the junior welterweight limit.

Lopez stated after the fight his plans to return December 10 in New York City. The date is line with ESPN’s annual tradition of airing a live boxing telecast immediately after the network’s coverage of the Heisman Trophy presentation honoring the nation’s top college football player. Barboza (27-0, 10KOs) is a leading candidate to next oppose the former lightweight champion.

...
You must log in or register to reply here.