A thread to command respect

Submissive behavior among humans communicates the acceptance of someone else’s leadership over the environment and/or over oneself.

This is a very common behavior.

Submissive people lack confidence in what they need to do and what they can do. So they always try their best to get the leader's permission.

Let me give you a little tip here to correct this.
Only look at the leader strategically, avoid “monitoring”.

There are many situations in life in which you are not the leader. And that’s OK.

However, looking at the leader too often sends the message that you might not have many leadership qualities at all.
And that doesn’t bode well for your future, both from a career perspective and from a social power point of view.

In real life, 95% of the time, the eternal underlings are not the ones who make it into upper management.

You must learn to act more like the person you want to be.
In the beginning, it’s OK to monitor to absorb as much information about people and the environment.

But once you understand the politics and power structures, the company culture, and the general rules of socialization, then grow into your own man / woman.
The ultimate toolkit against manipulation.

More than 27 audios to increase your readiness for the harsh world outside. 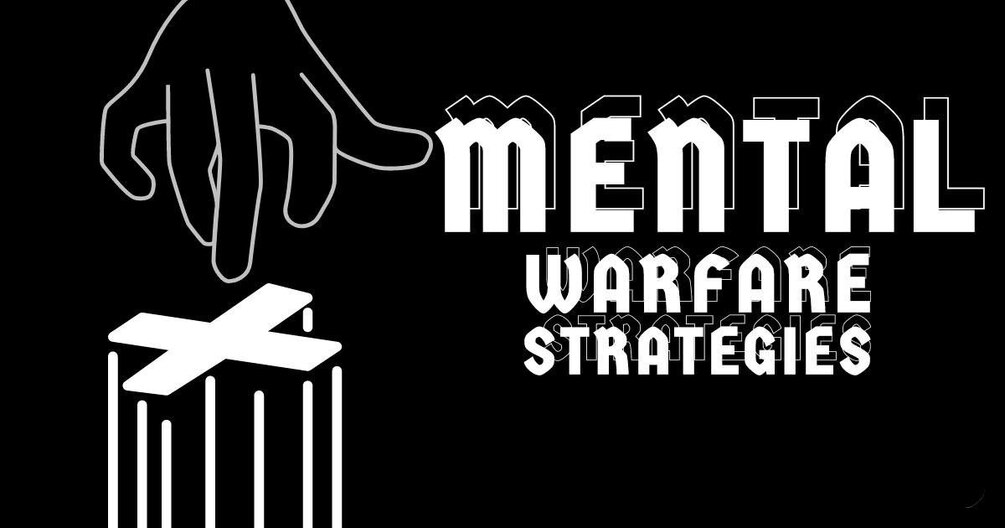 It can repel people who are afraid or not comfortable with the dominant person (equal charge), but it will attract all the rest (opposite charge).

For example, submissive women, or women who are extremely into their men, move towards their partners with their bodies (or even hide behind their partners when they’re feeling shy and nervous).
Similarly, they will angle their bodies towards the person they are either most attracted to or who has the most social power (which is often the same person).

3. Following the leader and group’s laughing-patterns.

Patterns of laughter and smiles are a great indicator of social power in a group.

The social dynamics of laughter are very telling for two reasons:
Reason 1: Who defers to whom:

Laughs are a sign of friendliness, so who smiles at whom is a good indicator of who is deferring to whom
Reason 2: What topics the group or the leader sanction as safe or taboo:

What topics one can laugh about, and what topics must instead be taken seriously.

Which topics are “free to make fun of” is an important decision in the group’s social dynamics.
This is especially true for “risky” subjects such as relationships, sex, politics, feminism, races etc. etc.

Submissive people are scared of taking that decision by themselves and when they risk it, they look around to make sure their social gambit is being well received.
What happens if the group is not receiving their joke well?

They will get embarrassed and mortified, they will often look down…

And the laughter will choke in their throats.
3. Rushing away.

Rushing away is a dead giveaway of social un-assertiveness.

When you rush away from someone it sub-communicates that you are (overly) worried about bothering someone, worried about taking too much of their time, or that you are outright intimidated by them.
That in turn communicates that their time is so much more important because they are so much more important (and powerful) than you are.

This dynamic is common in workplace environments.

People with power are not afraid of looking at people’s eyes.

And that includes the times during which they voice disagreement, when they criticize or when they are making a controversial pitch.

People who feel strong enough to criticize but not strong enough to look into people’s eyes are communicating a personal drive to get things done, but also that they are not fully confident in their own power.

Here is what to do instead.

If you express your disagreement fairly and if your criticism is well-founded, then back it with your eye contact as well.

Be tough on ideas but respectful of people, and then stand behind your words with your body language.

"Oh, I’m sorry I was standing here, you bumped into me, and that I spilled my full glass of wine over my new suit".

Apologizing if you’ve done something wrong is what you should do.

BUT!
But avoid over-apologizing if you’ve done nothing wrong, or if someone else is at fault.

From a social point of view, with their over-apologies passive people end up inflating their submissiveness.

Here is a way to prevent this.
If you have a tendency for over-apologizing, a quick fix can be to switch from “sorry” to “excuse me”.

Never put yourself at people's mercy because they won't show you any.
IMPORTANT:

If people try to subtly force you into submission, you might be a victim of a manipulation attempt.

'One of the most important social skills is being able to protect yourself from harm.

Because let's face it, humans can be dangerous.

Mental Warfare Strategies does exactly that.

Get access to the series and never let anyone play games with you.

wtf is this shyt format?

Eh, don't know if I fully agree with number 3

When I walk away from someone, it's usually when someone talks to much or their just not talking about anything substantive.

Some people will take 5 minutes to explain something that could've been explained in 20 seconds worth of words.

The King Of Power

the looking for attention point i see that shyt everyday from grown men, smh. i expect chicks to behave that way not grown nikkas

mf I AM the leader

surf said:
this is why I pee on my boss’s shoes in front of everybody on day one…it establishes dominance and sets the proper tone for who’s really in charge…it’s also very important not to look away as you’re doing it
Click to expand...