A Serious Discussion on the Homicide Rate in the Black Community

Why oh why is this happening!? Dont blame white folk at all, tho - we don't wanna hear that shyt!

Why are you blacks - I mean, us blacks so damn criminal!?

Issues on Terrorists in the black community. Those of you who get so upset about this obviously has family members who are apart of these terrorists groups. “black folks” are just trying to live our lives while these killers/ robbers are terrorizing us. Babies being hit by stray bullets. I’m not caping for you.
M

Amestafuu (Emeritus) said:
Education is a culture and it's not one that is valued by some people amongst us. They set their kids up for failure early. we say the problem is systematic. Partly true. It's started off systematic but it became cultural.

Some posters want to keep talking about the systematic part only and ignoring the cultural element that goes hand in hand. Those kids won't learn until learning is valued in their culture
Click to expand...

The bolded is what a lot of people don't get on both sides of the arguement. We can't have an honest discussion about violence in our community without looking at the systemic factors that contributes to it. Nor can we adequately address the violence without acknowledging the cultural factors that contribute to its perpetuation. This culture of criminality that so many of our youth identify with is the final result of centuries of state oppression. It is the final act for a people who are lost, in dispair and dying. In hindsight was only matter of time before we as a people started to self cannabalize with a distructive culture.

Jesus Bhrist said:
Who are you to arbitrarily dictate when and where these conversations take place? You act like these “demons” ain’t out terrorizing our communities and killing nikkas talking about “scoreboards” and “keeping score” like killing is a basketball tournament. I already mentioned systematic racism, redlining, institutionalized racism etc…so that point is moot because these young boys have access to better education and employment opportunities now more than ever, and they still choose to kill nikkas.


You right but nikkas clowned C. Delores Tucker when she said that Gangster rap music was disgusting and destroying young impressionable and malleable minds, despite her dubious intentions and motivation for being on the forefront protesting against rap music, we devolved even further because they got a hold of our women. Black women are rapping about being prostitutes and having only fans, now these high school aged girl’s have cashapps and Onlyfans in their bio’s.

nikkas will never get anywhere because as soon as you mention these topics the pseudo-intellectual militant brigade attempts to shame nikkas into silence, we defunded police, lifted stop and frisk, and even “raised the age”, meaning nikkas younger than 18 will no longer be charged as Adult’s, guess what the older demonic older nikkas from these communities did? Indoctrinated and programmed these young nikkas to kill each other because they convinced them they won’t be charged as adults because of this new way of policing, which is why so many 13, 14, 15, and 16 years are dying left and right.

I’m not trying to be dismissive and flippant, but it’s time to hold nikkas accountable bro, I’m not advocating for a Crime bill, that’s going to incarcerate 100s of innocent black men, but these demons are killing black women, children, and even our elder’s.
Click to expand...

Bro your question was how we got here. Thats the question I answered. And the reason I'm kind of looking at you sideways is because like I mentioned earlier I don't believe you're arguing in good faith.

You asked "how did we get here?"

But when I amd other explained it to you you didnt want to hear it. Which again, leads me to believe you didn't want to discuss how we got here and more so virtue signal.

And if you feel your being shamed into silence well you should be. Especially if you are a Black American.

Its one thing to say to acknowledge that there are savages in every hood but at the same time offer constructive criticism. Its another thing to act like nikkas just up and decided to start slaughtering each other for no reason.

Its also another thing to ignore the progress that's been made the last couple of decades.

Its easy to just simply look at shyt in the most shallow way possible.

But when homicides for many "murder capitols" were reaching all time lows the previous years where was your thread then?

Homicides and violent crime spiked recently yes but its disingenuous to look at the worst parts of the journey and ignore the progress.

And you're really gonna dismiss anti-Black prejudice and turn around and imply young dudes are killing each other because they won't be tried as an adult? Even tho when they were crime was just as high and higher? Huh?!

it sounds like you advocating for another crime bill to me. If not I'd like to know what you suggest.

There’s about 200 million White Americans and about 45 million African Americans, our homicide rates are exorbitantly high and we disproportionately constitute 85% of all homicide victims…. These are depressing statistics when we look at the aggregated data.

SleezyBigSlim said:
I'm tired of yall acting like white supremacy ain't the cause of this shyt
Click to expand...

We all know what the cause is! White supremacy is not going to rescue and “heal” the problem though.

Chrishaune said:
These billionaires are not for the people.

They want to cause chaos so that their corporations can take control of resources and dictate how the world works.
Click to expand...

I had to look this up just to see the source. It’s from an article written by Robby Starbuck for the NY Post.

Then I looked up Robby Starbuck…

But anyway… yeah George Soros is responsible for crime in the Black community.

I’m glad we got to the bottom of that one.

Dudes love the streets and thumping their chest about how hard their city is when the murder rate statistics come out but then act like the are shocked and outraged when the streets do what the streets do. This is what happens when street/gangsta culture is promoted. These young boys latch on and end up killing each other.

The violence is twofold. A bruh gets killed and another bruh goes to jail.

Sometimes it’s threefold where children lose their father too.

So when you look at these numbers you need to understand the impact. Entire generations are being devastated.

Amestafuu (Emeritus) said:
Education is a culture and it's not one that is valued by some people amongst us. They set their kids up for failure early. we say the problem is systematic. Partly true. It's started off systematic but it became cultural.

Some posters want to keep talking about the systematic part only and ignoring the cultural element that goes hand in hand. Those kids won't learn until learning is valued in their culture
Click to expand...

Family culture or household culture, though.

Past three years people have harped on ethnicity and nationality, when the most important culture is the system of values that are taught/shown within a family. Black people are in bad shape around the world, facing a lot of challenges.

Strong values and support/encouragement from immediate and extended family are really the only way many of us have any chance in this world. A certain % of us are so driven and talented that they can overcome poor parenting, but the majority from that background will struggle to navigate life.

Get These Nets said:
Family culture or household culture, though.

Past three years people have harped on ethnicity and nationality, when the most important culture is the system of values that are taught/shown within a family. Black people are in bad shape around the world, facing a lot of challenges.

Strong values and support/encouragement from immediate and extended family are really the only way many of us have any chance in this world. A certain % of us are so driven and talented that they can overcome poor parenting, but the majority from that background will struggle to navigate life.
Click to expand...

Drip Bayless said:
There should be a separate sub forum for #ColiRepublican groupthink
Y’all go email Kamala Harris to whip up another mass incarceration plan somewhere else
Click to expand...

This don’t have shyt to do with Republicans dummy. Where do you live to support these terrorists? You either have family members who are terrorists or live in a safe “white suburb”

tired of you idiots being dismissive

Say what you want, but at the end of the day until we learn how to police ourselves, the cycle is going to continue.

we're complaining about the crime rate and when punishments get doled out(by outsiders), innocent black people are going to feel the burn as well(which a lot of you like to ignore) which inturn will have us back at square one of us protesting the "justice system" again

I Really Mean It said:
Nah, the government isn’t causing black men to shoot up blocks and kill innocent bystanders.

Idk what to tell you… it kind of is. 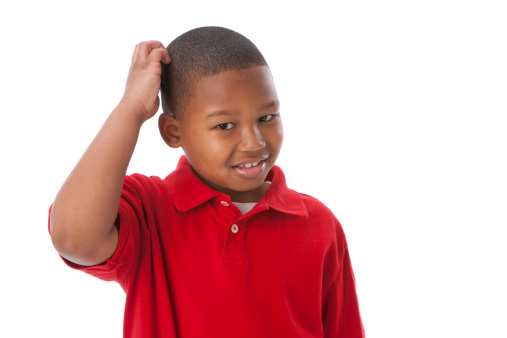 And by kind of I mean entirely.

CreepyMcCreeperson said:
How? Are you going to say reparations?

What actions can be taken before then?
Click to expand...

The government has been the main perpetrator of our oppression and has allowed it to purvey through every institution there is; precipitating the conditions why such things happen.

I could go on and on and get more specific but EVERYTHING is linked. These are just the conditions the aforementioned bring.


Ol’Otis said:
They caused it but they ain’t gone fix it
Black men gotta do it

You heard what Umar Johnson said
“For good!”

But that just sound like more violence to me.

Jesus Bhrist said:
That’s what you got from that? lol igh bro
Click to expand...

That's the problem with this conversation. Ya'll want to be able to isolate a certain "section of the black community" and called them "thugs, Pookies and Ray-Rays" so we can identify folk that we need to "get tough" on by taking to black people, in general.

While ya'll "done with ghetto people" (that was another thread), you lose the actual fact that there typically isn't a difference between any "get tough" strategy in how it effects the innocent and guilty.

And with all of that, it overreaches to effect well meaning black people because they're aren't enough "evil" black people to try to create rules for just them.

Sorry, "getting tough" don't work.
You must log in or register to reply here.

Brooklyn man randomly gunned down on MTA train. Fourth homicide in the train system in 2022.
9 10 11