I just thought I'd make a thread about you know... the thread title.

Speculative fiction is an umbrella genre encompassing fiction with certain elements that do not exist in the real world, often in the context of supernatural, futuristic or other imaginative themes. E.g Sci-Fi, Fantasy, Supernatural Horror, Superhero Fiction, Alternate History etc.

Let's discuss books, tv shows and other media on speculative fiction based on Africa and its diaspora.
A

I suppose I should get the ball rolling.

A series of novels and short stories about a man named Imaro. He's an Illyasai warrior that travels the continent of Nyumbani (a continent analgous to Africa) fighting supernatural and mundane threats to his life. Sword and Sorcery with an African twist.
Ther have been 4 books released. I've got 3 of them. I love it. The writing is great.

Mhofu said:
I suppose I should get the ball rolling.

A series of novels and short stories about a man named Imaro. He's an Illyasai warrior that travels the continent of Nyumbani (a continent analgous to Africa) fighting supernatural and mundane threats to his life. Sword and Sorcery with an African twist.
Ther have been 4 books released. I've got 3 of them. I love it. The writing is great.
Click to expand... 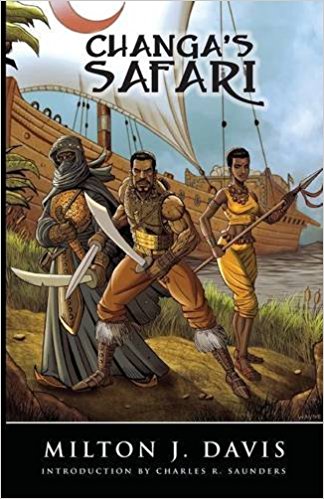 A Historical Fantasy novel set in the 15th century. Changa is an exiled warrior Kongo prince who was sold into slavery by an evil sorcerer called Usenge. There he was forced to fight in the fighting pits. Over time he gains his freedom and becomes a Swahili merchant sailor with his own crew. From there he goes on adventures of trade and battles.
There are 5 books, one of them being a prequel. I've got 3 of them. Think of it like an 'African Sinbad'. A fun read.

Milton J Davis write a lot of Speculative fiction with an African twist. Seek him out.
A

They're a indie comic book company based in Nigeria and run by Nigerians.
Who We Are – Peda Studio

One of the comics they produce is NEWBOWN Saga - Rise of the Mlezi
::: NEWBORN SAGA ::: » About

Son of the Robot.

Would Black Leopard, Red Wolf by Marlon James count?
A

Yeah.
It's Speculative Fiction. It's set in a continent that is analgous to Africa. It has character that are of from the African Diaspora.
A


Magic. Myth. Warfare. Wonder. Beauty. Bravery. Glamour. Gore. Sorcery. Sensuality. These and many more elements of fantasy await you in the pages of Griots, which brings you the latest stories of the new genre called Sword and Soul.The tales told in Griots are the annals of the Africa that was, as well as Africas that never were, may have been, or should have been. They are the legends of a continent and people emerging from shadows thrust upon them in the past. They are the sagas sung by the modern heirs of the African story-tellers known by many names - including griots.Here, you will meet mighty warriors, seductive sorceresses, ambitious monarchs, and cunning courtesans. Here, you will journey through the vast variety of settings Africa offers, and inspires. Here, you will savor what the writings of the modern-day griots have to offer: journeys through limitless vistas of the imagination, with a touch of color and a taste of soul.

Discover the best culturally diverse narratives. If you're a lover of Sci-Fi and Fantasy narratives looking for more diverse representations, then you're in the right place. We're here to help you find and share the best African narratives in games, movies, TV shows, comics and literature. Kugali is a platform for discovering diverse narratives across not just the African diaspora, but all under-represented storytellers.

Chronicles of Piye by Richard Gaskin and Chris Miller 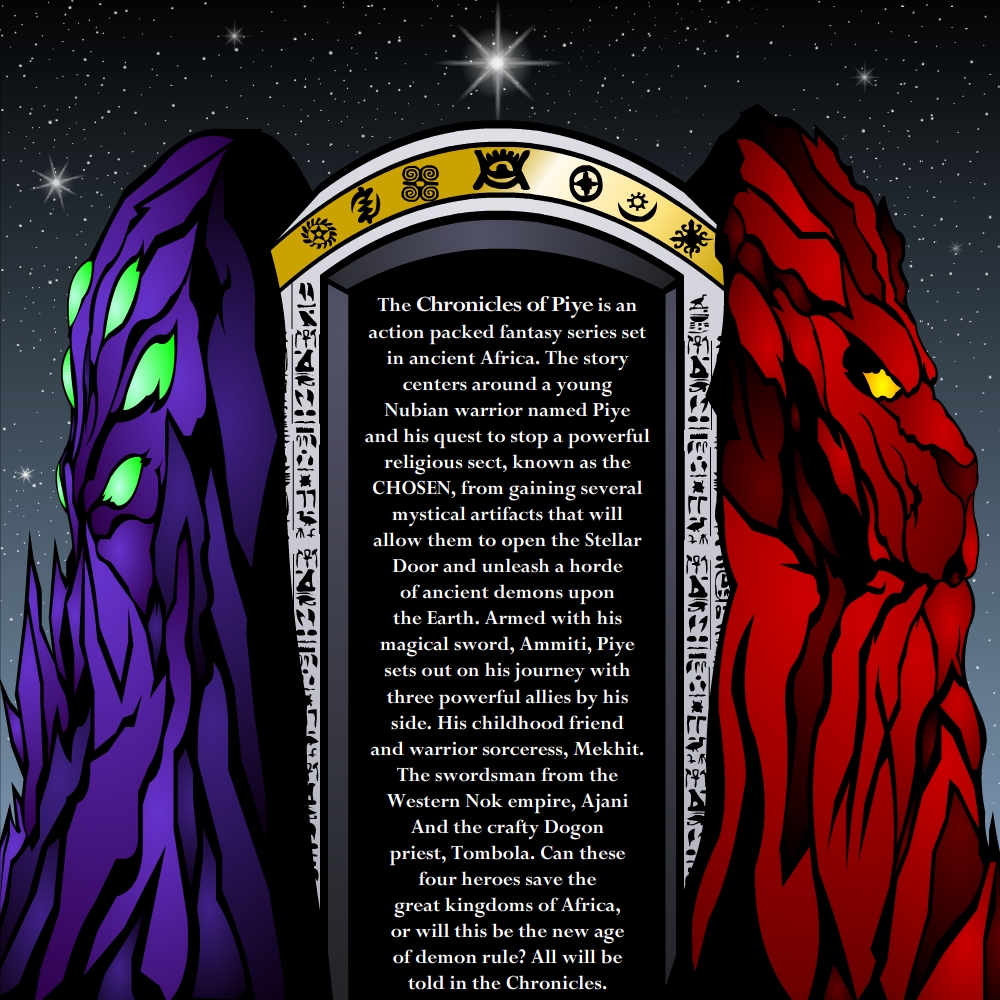 Due to the destruction of Rome by Carthage and Egypt in 200 BC, Europe remained largely tribal while Africa advanced technologically and culturally with steamboats, rifles and airships or "flying boats" by the late 19th century. The dominant Africansconsider Europeans to be inferior and treat them as a source of slave labour which is supplied to them by Viking raiders similar to how our timeline's European White colonists viewed Black Africans as inferior and used them as slaves supplied by African slave traders. Southern Africa is controlled by the Zulus while the Vikings control much of Northern Europeand all of Scandinavia.
Click to expand...

I havent read this yet but this description always makes me smile.

I havent read this yet but this description always makes me smile.
Click to expand...

The story and premise sounds interesting.
Lion's Blood - Wikipedia
A

Orphaned at a young age, Dossouye becomes a soldier in the women’s army of the kingdom of Abomey. In a war against the rival kingdom of Abanti, Dossouye saves her people from certain destruction; but a cruel twist of fate compels her to go into exile. Mounted on her mighty war-bull, Gbo, Dossouye enters the vast rain forest beyond the borders of her homeland, seeking a place to call her own. The forest is where Dossouye will either find a new purpose in life… or find her life cut short by the many menaces she encounters.
Click to expand... 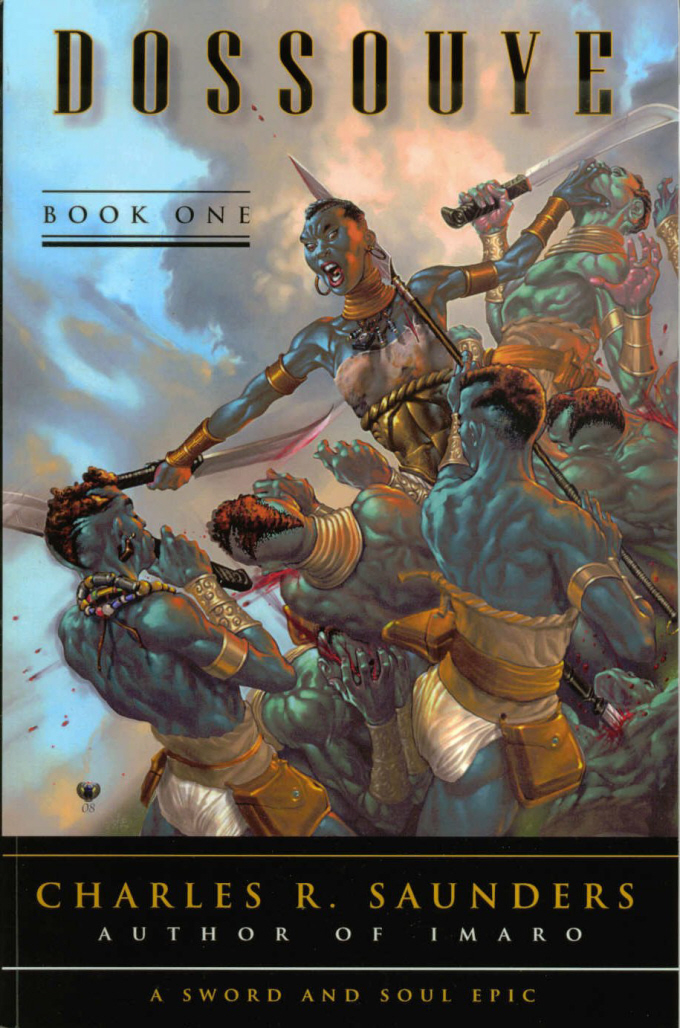