Another woman ran a man over. This time she claims the man was trying to kill #catset

A California woman has been accused running over and killing a man after she accused him of trying to hit a cat with his car. 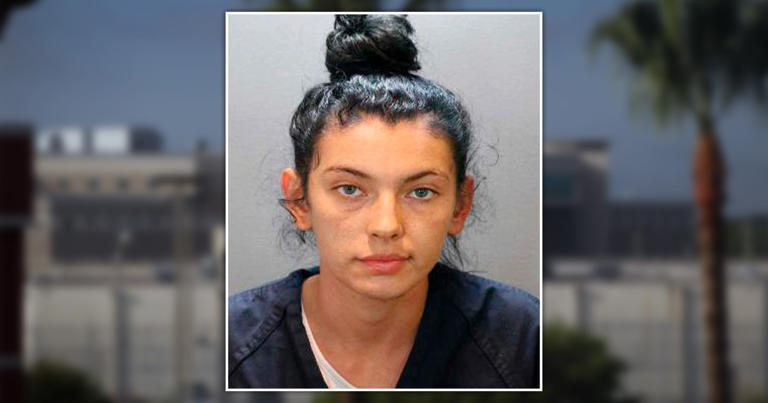 Hannah Star Esser could face 25 years to life in prison for fatally plowing over the man (Pictures: AP / Getty)© Provided by Metro
Hannah Star Esser, 20, was charged with murder in the death of Luis Anthony Victor, 43, the Orange County prosecutor’s office said in a statement.
Esser was driving in Cypress, a southern California suburb, on September 25 when she confronted Victor and accused him of trying to run over a cat, authorities said.
Both exited their cars and got into a verbal dispute laced with profanity against Victor, which Esser recorded on her cellphone.
Victor attempted to speak with Esser, who became so furious she got back into her car, made a three-point turn and ‘accelerated’ toward Victor.
Prosecutors claim Esser intentionally sped up while driving towards Victor and purposefully hit him, launching him up onto the hood and windshield of the car. Victor flipped through the air several times before landing on the street.

He was pronounced dead at the scene.


Victor, a father of five daughters, was expecting his first grandchild this fall and was killed in front of the apartment building he lived in. He died in his only brother’s arms, according to a statement released on behalf of his family.
‘This senseless act of violence has robbed the world of a bright light who will never be forgotten,’ their statement said.
‘This action showed a complete disregard for human life,’ Orange County District Attorney Todd Spitzer said.
Officials have not said whether an actual cat was involved in the crime. Officials are still investigating the case.,
‘The Orange County District Attorney’s Office will ensure that this random act of violence targeting a stranger will be prosecuted to the fullest extent of the law.’
She is scheduled to be arraigned on October 13 and could face 25 years to life in prison. She is being held on $1 million bail.
Click to expand...

Death penalty for her

if u draw it up guarantee I execute the play

I'll never understand how people can see a car driving straight towards them and not immediately begin evasive maneuvers
You must log in or register to reply here.

Another woman ran over her boyfriend...lies to police and smiles in mugshot