Cardi B Takes Aim At Melania Trump: "Didn't She Used To Sell That Wap?"

Cardi B Takes Aim At Melania Trump: "Didn't She Used To Sell That Wap?"
By Erika Marie


After a former Republican Congressional candidate insulted Cardi on Twitter, the rapper posted a nude photo of the First Lady.

The second night of the Republican National Convention went on without a hitch as America edges closer to its 2020 Presidential Election. Tuesday (August 25) evening's speakers included First Lady Melania Trump who was applauded by supporters for her oration. President Donald Trump sat in the front row with a smile on his face as he watched on as his wife spoke about his accomplishments, expressed sympathy to those affected by COVID-19, advised people to come together during times of racially-motivated civil unrest, and vocalized her pride in America.

Pascal Le Segretain / Staff / Getty Images
Of course, Melania's speech was heavily talked about on social media and it didn't take long for the First Lady to become a trending topic on Twitter. DeAnna Lorraine, a Republican author who campaigned for a Congressional seat in California and lost, admired Melania's words and shared a quick thought.

"America needs far more women like Melania Trump and far less like Cardi B," DeAnna tweeted. Cardi took note and replied, "Didn’t she used to sell that Wap?" As if that wasn't enough, Cardi couldn't help herself and took things one step further by sharing a nude photo of Melania Trump. "This pic giving me ' yea you f*ckin wit some wet ass p*ssy ' vibes ...just sayinð¤·ð½‍âï¸," the rapper added. You can check out the racy image here and watch Melania's Republican National Convention speech in its entirety below.

good...these white bytches be playing themselves talking about how “classy” this whore (literally) is in comparison to michelle obama...this was a healthy reminder that she’s nothing but a eurotrash slut who married “up”
U

I'm with Cardi on this one.

You know Cardi tells the truth

She was called out so she had right to respond

Fax only. The first lady did indeed sell the p*ssy.

when you read this tweet.
you can hear cardi's voice in your head saying this.

Cardi b = The end game for social media 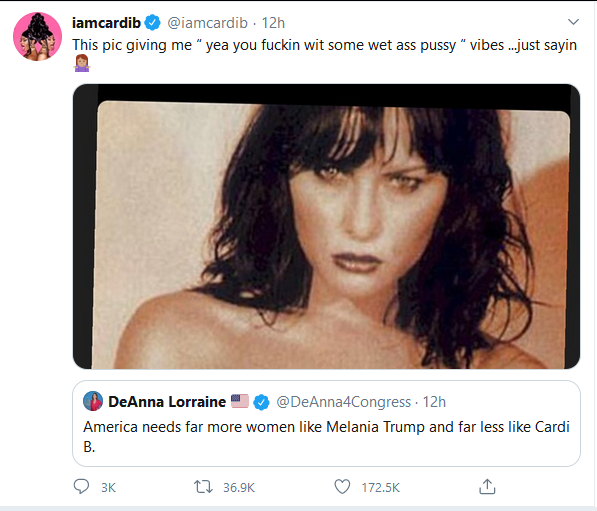 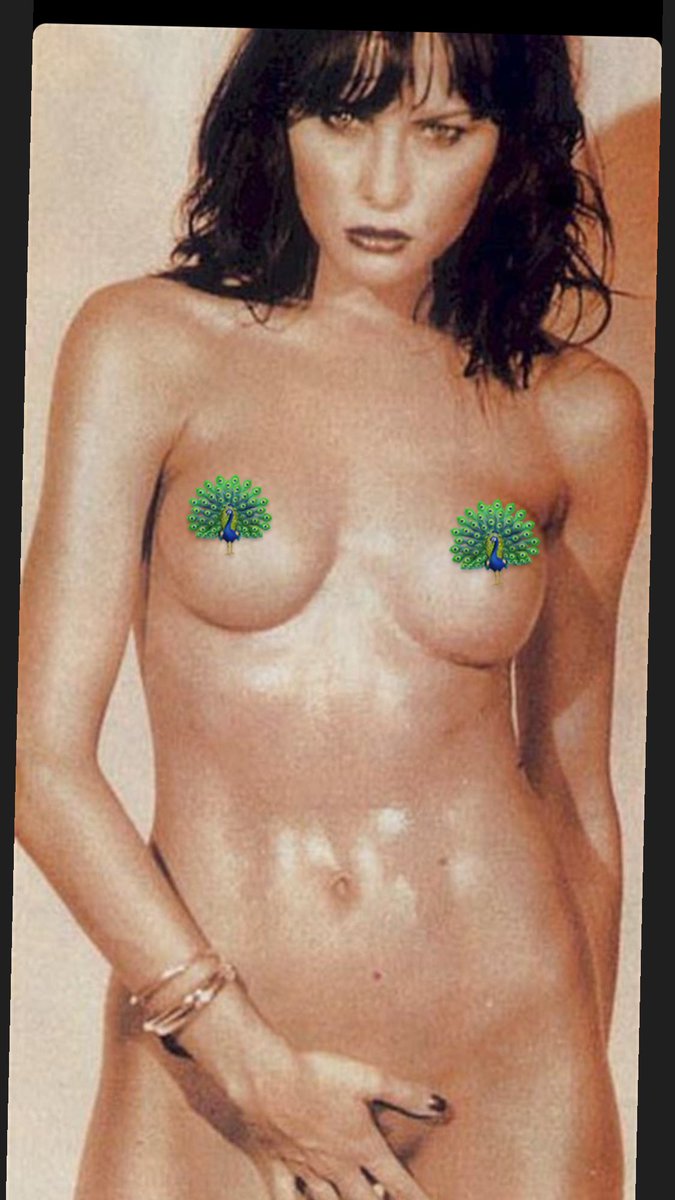 I know most dont like her, but Cardi B is as real as a female can get.