Daily reminder that Jesus is lord of Lords, king of kings(a prayer for the Coli family)

pimp of the year

All Glory to Him! Praise the Father and thank Him for the Son and His holy sacrifice

Read the word too y’all, don’t just pray and go back to being ignant on it

. You can read any chapter of Proverbs on random or the number to the current day of the Month.

It’s a lot of dope stuff, happening in the Old Testament and the New Testament. Chapter 1 of Ezekiel is wild!

talk to an imaginary white man in the sky brehs

Stay prayed up family.
All praises to the Most High.

Yeezy said:
talk to an imaginary white man in the sky brehs
Click to expand...

Can you point out in the Bible where it says Jesus is white?

Imagine being grown believing in fairytales 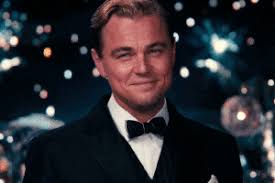 You Christians sing that unity, kumbaya shyt with the Neanderthals and they don’t sing that shyt back and keep this false idol of Jesus up

How can you reconcile peace and unity with the white/Neanderthals when they troll you with that fake image of Jesus? How can you sing that we are one shyt when the entire modern day interpretation is based off the lie of white Jesus ?

If skin doesn’t matter why they change it and why are y’all still rocking with them like it’s cool?

So no it doesn’t say he’s white but your white Christian brothers are using that fukking image
Click to expand...

Jesus said until Heaven and earth pass, one jot or one tittle shall in no wise pass from the law, til all be fulfilled.

Jesus also said not everyone who says to me “Lord, Lord” will enter the kingdom of Heaven, but only the one who does the Will of my Father who is heaven.

Parables on hypocrisy and favoritism. You can’t cheat God. Yes most whites are terrible, just like most people live in sin and not gonna make it in.

Worry about God’s will, not the wicked we co-exist on Earth with.

Believe it or not, the Lord still shines on you, he
(Guides you) and he watched you as you grew, plus
(Past the age of a) of a little child, that's true, so
But folks your age don't act like you do, so
(So be mature) and put the boy to a halt
(And if you're over eighteen) I wish you'd act like an adult
(Don't live in a world) of hate, hate, hate
(Pull yourself together) and get yourself straight

I think i can

I binged watched Midnight Mass today and now all I can think of is vampires when I see anything related to religion.
Y