DEMOCRATS IN THE House of Representatives are planning to expedite a massive bill that would dramatically increase U.S. security assistance to Ukraine and lay the groundwork for substantial new sanctions on Russia — hastening a war-friendly posture without opportunity for dissent as concerns over a military invasion abound. House Speaker Nancy Pelosi, D-Calif., told members on a caucus call Tuesday that she’s looking to skip marking up the bill and move it straight to the House floor, setting up the possibility of a vote as soon as early next week, two congressional sources told The Intercept. The sources spoke on the condition of anonymity because they’re not authorized to talk to the press. Pelosi’s office did not immediately reply to a request for comment.

“This is how the space for nonmilitary options gets slowly closed off in Washington, without any real debate,” one of the sources, a senior Democratic aide, told The Intercept.

The situation in Ukraine has escalated in recent days, with more than 100,000 Russian troops reportedly stationed along the Ukrainian border, while Western leaders seek to create a unified front to deter what they fear is a Russian invasion. British intelligence released an unusual report over the weekend on an alleged plot to install a leader friendly to Russia. On Sunday, the Biden administration advised Americans to leave the country because of “impending” reports that “Russia is planning significant military action against Ukraine,” escalating tensions in the eyes of local officials, and put troops on standby for deployment in Eastern Europe.

The legislation would send $500 million from the Foreign Military Financing program to Ukraine for 2022. That amount would have made Ukraine the third-largest recipient of funding from the State Department’s FMF account in 2020, surpassed only by $3.3 billion to Israel and $1.3 billion to Egypt. (That year, the FMF program gave Ukraine $248 million.)

The legislation would also give Ukraine priority for excess defense equipment transfer and funds to counter Russian disinformation through programs like Radio Free Europe/Radio Liberty. It would further aim to bolster Ukraine’s cyber defense and direct the president to consider imposing sanctions on Russia in the event of a cyber attack on Ukraine.

If the president determines that Russia has engaged in a “significant escalation in hostilities” to disrupt Ukrainian sovereignty, then the bill would direct the White House to issue a number of sanctions. Individuals and entities that would be targeted include the Russian president and other top government and military officials, Russian financial institutions, foreigners participating in the Nord Stream 2 pipeline project, and Russian energy producers. The legislation would prohibit Americans from trading Russian government bonds as well.

The Democrats’ effort to accelerate the bill comes days after a group of senators met with Ukrainian leaders in the country’s capital, Kyiv, to extend U.S. support for the country’s sovereignty. Despite the show of Democratic and Republican unity during the trip, no Republicans have co-sponsored Meeks’s or Menendez’s bills. Senate Democrats also have not publicly indicated the timeline on which they would like to vote on their legislation.

Republicans have offered their own measures. Earlier this month in the House, Rep. Michael McCaul, R-Texas, the lead Republican on the House Foreign Affairs Committee, introduced the Guaranteeing Ukrainian Autonomy by Reinforcing its Defense Act, a companion bill to a measure sponsored by Senate Foreign Relations Committee Chair Jim Risch, R-Idaho. The bill would give Ukraine $450 million from the State Department’s FMF account and impose sanctions related to the Nord Stream 2 project immediately, without waiting for an escalation as in the Democrats’ bill.

McCaul’s office did not reply to a request for comment on whether he would support Meeks’s bill. The White House endorsed the legislation that Menendez released weeks ago.

Democrats Are Rushing Through a Massive Ukraine Defense Bill
W

Think that America who just cut and Ran from Aghanistan is really willing to start a voluntary war with a near peer adversary brehs.

I know because of Trump everyone hates Russia.
But democrats got the whole left to hate Russia just one presidential term before this?

Also just to let ya'll know, the article and mainstream media keeps saying that Russia is sending 100k troops along the russian border. This is true, but what it doesn't say is that U.S. promised Russia that they would not expand NATO closer to Russia's border as it was at the end of the cold war.
This has not been happening and the promise has not been kept. Also U.S. keeps sending weapons to Ukraine and many of those rebels in the Ukraine are NEO-NAZIS!!!!
The U.S. gave weapons to the Taliban, Al-Qaeda and now to Nazis in the Ukraine.

Since then, the US has given Ukraine $2.5 billion in military aid, including Javelin anti-tank missiles (Politico, 6/18/21). The US government has applied sanctions to Russia that, according to an International Monetary Fund estimate, cost Russia about 0.2 percentage points of GDP every year between 2014 and 2018 (Reuters, 4/16/21).

Furthermore, the North Atlantic Treaty Organization (NATO)—a US-led military alliance hostile to Russia—has grown by 14 countries since the end of the Cold War. NATO expanded right up to Russia’s border in 2004, in violation of the promises made by the elder George Bush and Bill Clinton to Russian leaders Mikhail Gorbachev and Boris Yeltsin (Jacobin, 7/16/18).

Furthermore, according to a George Washington University study, members of the far-right group Centuria are in the Ukrainian military, and Centuria’s social media accounts show these soldiers giving Nazi salutes, encouraging white nationalism and praising members of Nazi SS units (Ottawa Citizen, 10/19/21). Centuria leaders have ties to the Azov movement, which “has attacked anti-fascist demonstrations, city council meetings, media outlets, art exhibitions, foreign students, the LGBTQ2S+ community and Roma people”: the Azov movement’s militia has been incorporated in the Ukrainian National Guard (CTV News, 10/20/21). Azov, the UN has documented, has carried out torture and rape.

Bro, what is with the picture?

At least that’s something, I expected crimea again

This is what Y'all voted for gawddamit!!!

ORDER_66 said:
This is what Y'all voted for gawddamit!!!

You missing the days when your Zaddy Trump was sucking that nikka Putin's dikk, huh?

These interventionists neo liberals are lunatics.... what was the point of getting rid of Trump if we just gonna jump into conflicts around the world again?

Isnt that why everyone hated Bush?

Billy Ocean said:
You missing the days when your Zaddy Trump was sucking that nikka Putin's dikk, huh?
Click to expand...

ORDER_66 said:
This is what Y'all voted for gawddamit!!!

they need that money flow to continue

The black man is always targeted.

Wiseborn said:
Think that America who just cut and Ran from Aghanistan is really willing to start a voluntary war with a near peer adversary brehs.

This is war profiteer David Rubenstein, owner of the Carlyle Group. The company which has massive investments in every level of the defense industry, particularly the Pentagon. 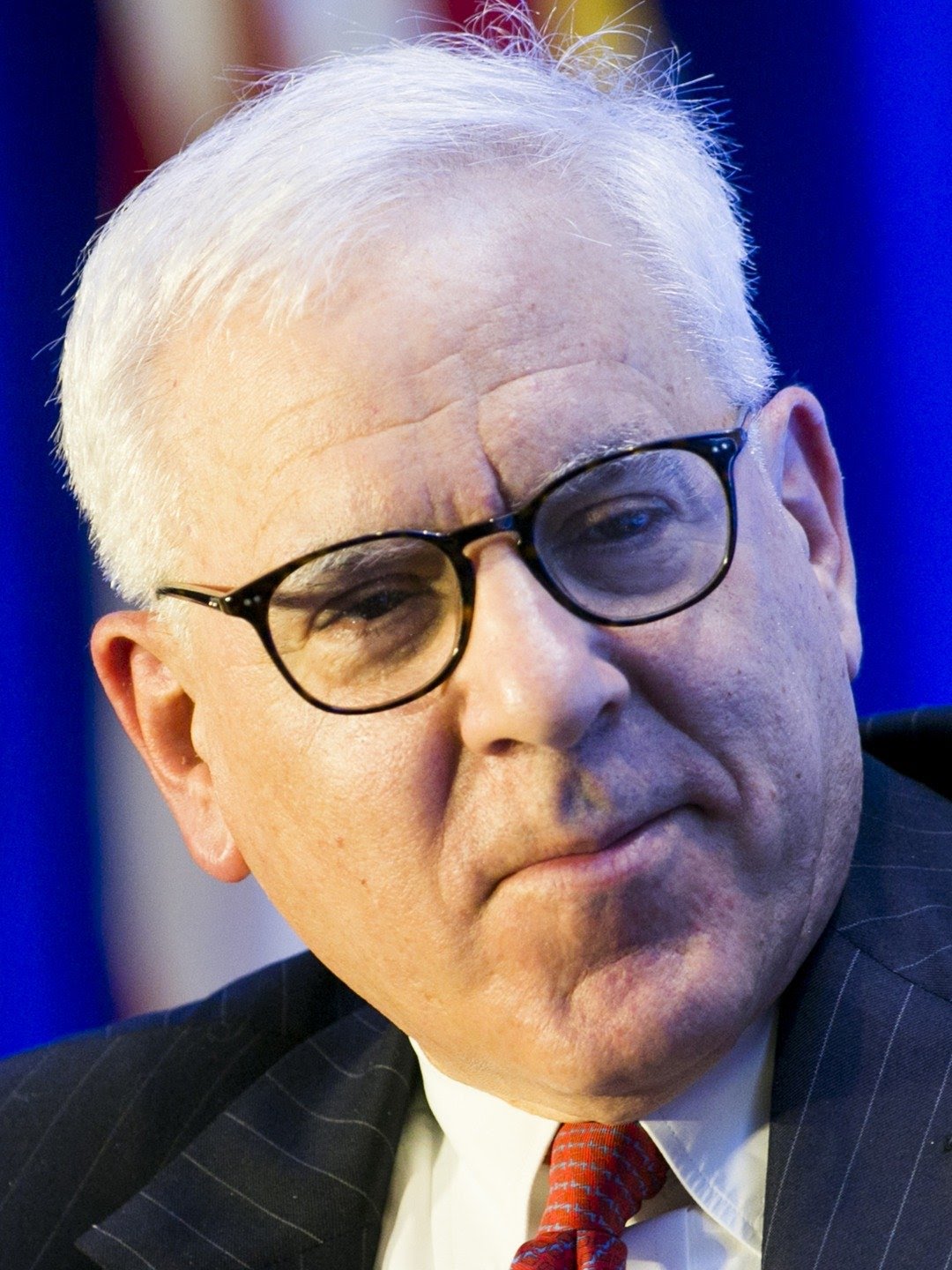 This is Joe Biden (his best friend) spending thanksgiving at his 30 million dollar summer home in Nantucket. 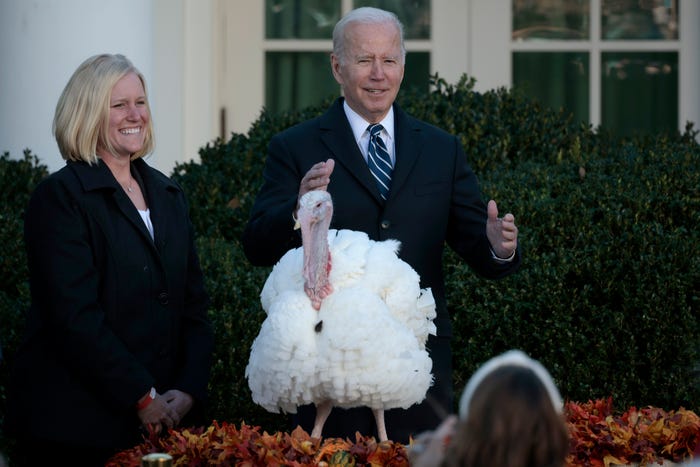 Keep thinking this shyt is a fukking game. Take off your rose colored glasses and WAKE THE fukk UP.
L

I love you, you know.

YaThreadTrashB! said:
All that aid money that goes to Ukraine gets sent back to representatives coffers

they need that money flow to continue

Ahhh the fix is in it seems...

None of our business.
You must log in or register to reply here.

Pawgers are you willing to fighter for Ukraine
4 5 6