“I Paved the Way, But With My Blood”: Euzhan Palcy Opens Up About Her Trailblazing Career​

With the ‘Dry White Season’ director set to receive an honorary Oscar at the Nov. 19 Governors Awards, the filmmaking icon reflects on the triumphs and roadblocks she met along the way. 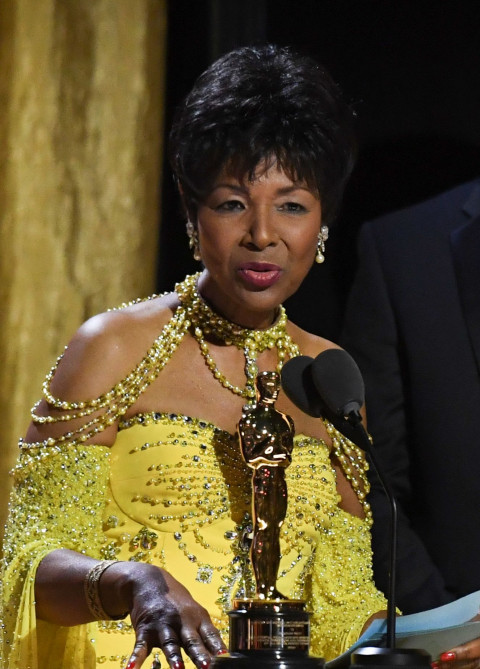 Nov 2022
​
What follows is from The Hollywood Reporter’s conversation with honorary Oscar winner Palcy:


A huge congratulations to you on this incredible honor. I’m curious: Did you feel wistful at all seeing projects like Hidden Figures were getting made — when you met so much resistance pitching films with Black female leads to Hollywood?


In 1991, I discovered the Bessie Coleman story. I spent years battling with the studio. Nobody wanted to touch it because it was a story of a Black woman, and it was a period piece and whatever. They didn’t want to do it. And I was so disappointed and so hurt.

I cried so much in the evening. And I said, “Why is it like that? Why is somebody’s skin color what will determine the right to be onscreen? Or the right to express yourself?” I was so upset. But to answer your question, when I see those younger generations coming and getting their movies made, very honestly, I feel no anger. No bitterness. I was happy. Very happy. Because I always say that I have no ego. I’m here, I do it. I’m a pioneer. I paved the way, but with my blood, and nobody helping me.

A Dry White Season was very well received, obviously. And Brando was nominated for an Oscar for the film. So marvelous. But what happened after that? What kind of offers did you get?


I wanted to do Bessie Coleman. I wanted to do the movie about the famous Haitian leader Toussaint Louverture. I wanted to do a movie about the Second World War. I have a lot.
So all those great stuff I wanted to do, I was told no, because all my leads were Black. And I said, “What did you expect? You called me to work with you. You love Sugar Cane Alley. When you talk about my first movie, you are crying and you wanted me to work with you. And I came. And now you don’t want my work, and you want to use my talent to do your work.” And I couldn’t stand that. I thought, “That’s so unfair.” So that’s why I decided, I said, “No, I have to go. I cannot do that.”


Were there any actual projects they said, “Please make this,” and you said no?


People couldn’t understand, still today, what happened. Why I was so silent. Why I disappeared. But I’m still around. I’m just waiting for the right time and the right people. For example, they came to me with a project, that they offered Meryl Streep to be the lead. It was the story of George Jackson. He was in jail. They said that he killed a white policeman, and he was claiming his innocence.


They killed him in jail. And so that created, in Attica, that uprising. That’s what really created that. Meryl Streep wanted me to direct that film. So my agent called me and said, “I’m going to send you that script.” When I read the script, I was so disappointed. And I said, “No, not again. Not again. Not again.” Meryl Streep is such a great actress. I said, “Maybe she doesn’t know, really.” Maybe she thought that by saying yes to that story, she will help the cause. But she doesn’t know that the script was not a reflection of the reality. There were many examples like this. And I said, “No, no, no, stop.”


When do you think it started to change? What was the turning point?


The real change, I would say, for me, happened after George Floyd was killed. And then with the whole movement, Black Lives Matter. I think that the people, they had a shock like I had. I never thought in my life that I will see white folks on their belly in the street next to Black folks with their arms like this: “I can’t breathe. I can’t breathe.”


My God. And I say, “Right on!” I was so happy. And that gave me even more hope. All this provoked a change in the platform, too. The platform, that’s very important, because the platform, like Netflix and all the others, they started to realize that they cannot keep perpetuating what Hollywood created. And that’s how I saw the situation changing slowly, you see? And I said, “This is the time, this is for me; it’s the right time, the moment that I’ve been waiting for, and I’m ready now.”

This year will be a very special year for me because in June, the French Writer’s Guild gave me a Medal of Honor. I’m the second woman who got that. And 24 hours later I get a call from the president of the Academy, telling me, “Oh, it’s a great honor for me, Ms. Palcy, to announce you have the honorary Oscar.” And I couldn’t believe that. And then three weeks ago, they’re calling me to receive another award in France: 100 Women of Culture.


Finally. And I said, “Wow, what is happening to me? God is smiling at me now,” and everything. And I’m very happy, and I’m ready for it. I have some great projects.


So you’re going to keep directing?


Absolutely. You know what? If there is one thing I’m absolutely sure, sure, sure about, it’s that God put me on this earth for one reason: to make films.


It’s not Hollywood who kicked me out. Yes, they did. They silenced me just because they didn’t want my projects. And I found that so unfair, I withdrew. I said, “When the time will be right, I’ll come back.”


And so what does this Oscar mean to you now?


I wish that I could have the language to say. It’s the most magnificent distinction. Everybody wants to have an Oscar — except Brando, who turned it down. But that’s Brando.
You must log in or register to reply here.