Somebody contact Hannibal and have his slow child face ass work this shyt into his comedy routine. If he balks he needs his ass whipped.....

“I’ve never had alcohol before. And I’m only eighteen. Couldn’t I get in trouble?”

“The Victorious kids get drunk together all the time. The iCarly kids are so wholesome. We need to give you guys a little edge.”

Continued In The Link 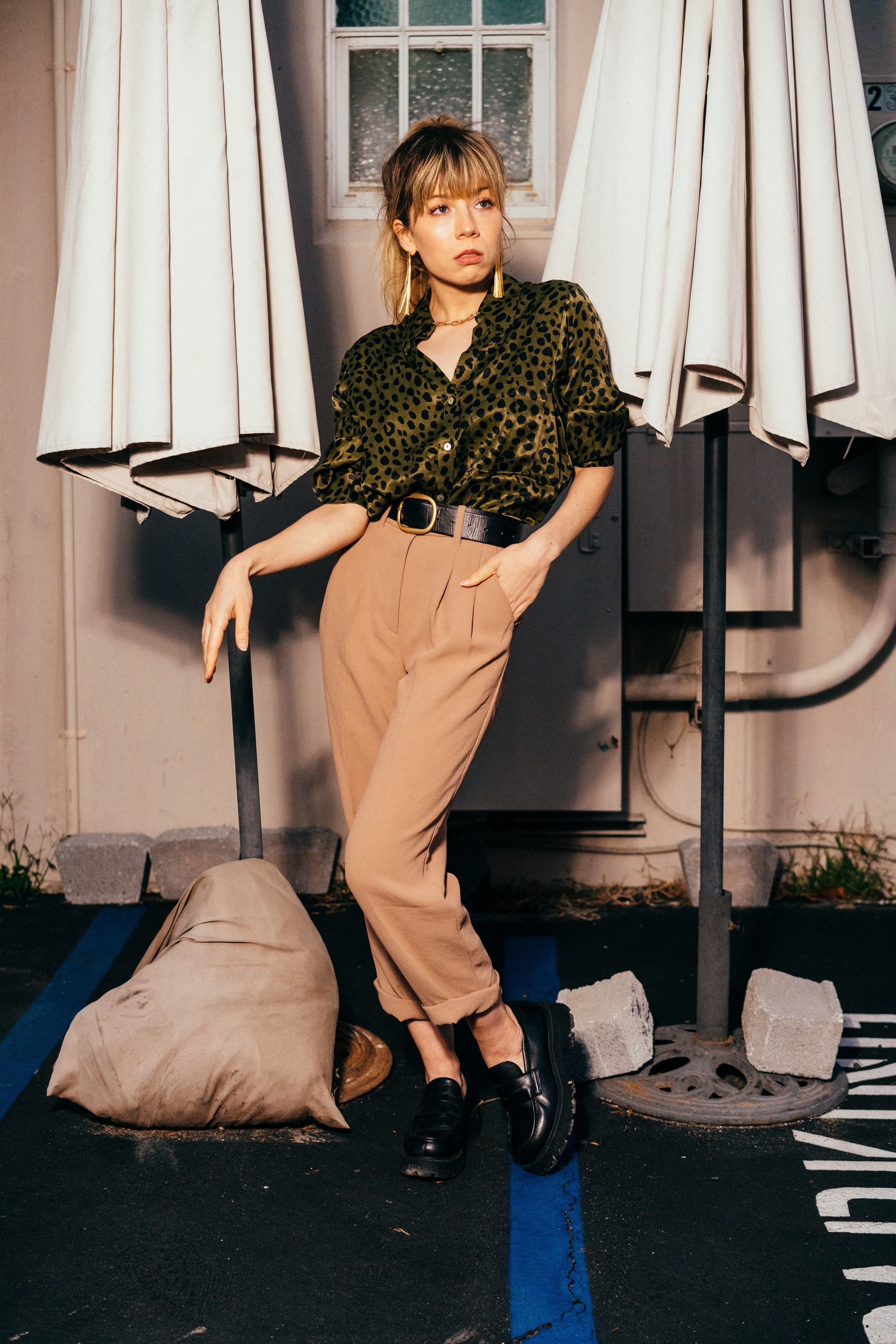 In an excerpt from her memoir, ‘I’m Glad My Mom Died,’ the former ‘iCarly’ and ‘Sam & Cat’ star alleges that she was offered hush money to stay silent about her experiences working with a man she refers to only as “The Creator.”

Reading this makes Elizabeth Gillies' marriage all the more weird.

KingADOS said:
Heard her mom was a crazy ass Mormon who forced her to be an actress and sexually molested her on the regular

That’s why her book is named that

All in all it’s CAC shyt
Click to expand...

Cac shyt? It happens a lot in other communities too. They just dont talk about it.
C

Nickelodeon's demonic. The sky is blue.

Good for her that she seems to be doing relatively well and not some mentally fractured degenerate or suicidal.
P

Duke Dixon said:
I looked it up and her mom gave her breast and vaginally exams until she was 17 and wouldn't let her shower alone. That's super crazy but not what we normally think of we hear about sensual molestation.
Click to expand...

That was her mother’s way of “checking her” to ensure she was still a V.

OOOOOOOOLD SCHOOL families do/did that (not showering with the daughter), or had you “checked” by the nurse/doctor.

JLova said:
Those of you with good parents, appreciate them.
Click to expand...

A lot of shytty people selling their children’s innocence and virtue for a check.

You Win Perfect said:
I know a white girl who hates her mom for letting her get molested by her step dad for 10 years. Her dad didn’t believe her either until the step dad eventually admitted it
Click to expand...

I talked about this happening to a girl I know in another thread.

A lot of people (yes, mothers included) turn a blind eye to young girls being molested if it means the dad/stepdad/uncle etc will continue to be the breadwinner and provide for the family.

This is why folks with kids have to be so careful. It’s super easy to find a stepfather or “mentor” for kids because plenty of perves want access to your children.
G

Thavoiceofthevoiceless said:
I'm young enough to know a lot of them including the OG ones and they swear by Schneider, which is why he's been able to dodge the criticism that he has. Even Nick Cannon doesn't even speak ill will of his time at the network and working with dude as well.

I would assume that she's also going to allude to a certain pop star and former co-star that she has issues with and how she was treated by them.
Click to expand...

You do know that abusers do not abuse EVERYONE around them, right?
G

Eric Andre is hilarious to me

Gloxina said:
You do know that abusers do not abuse EVERYONE around them, right?
Click to expand...

Look up the investigation done about dude and he was treating everyone like shyt behind the scenes and being a menace.

Gloxina said:
I talked about this happening to a girl I know in another thread.

A lot of people (yes, mothers included) turn a blind eye to young girls being molested if it means the dad/stepdad/uncle etc will continue to be the breadwinner and provide for the family.

This is why folks with kids have to be so careful. It’s super easy to find a stepfather or “mentor” for kids because plenty of perves want access to your children.
Click to expand...

Well in this case the mother did not turn a blind eye, she condoned it. Told her she deserved it. So yeah.
D

2Quik4UHoes said:
Brehs, when I was young I remember I wanted to be on TV so bad. All That had tryouts in VA and I begged my mom to take me and she was like “Nah, I’m chillin today….” which of course made me sick.

But hearing more and more about what goes down….I guess moms had my back….

If your kids are going to be in the entertainment industry you gotta sit down first with yourself and then with them and some hard truths need to laid out right out of the gate.

You are to be with them at all times. While on set. When they go out. Won't be any parties where they go out alone. You want a party? We have money from your acting/singing. We can throw a damn bash in the back yard or we can rent out some big building and go nuts. We can do this for years!

Most parents with kids in the industry aren't doing this. They are so happy to be able to pay their bills and fukk off that the kids are literally being used like a cash cow. Left with whoever. Doing whatever. And not being allowed to ever say no because the financial milk must flow.

Now McCurdy my heart goes to her because her mom was there but was evidently a lunatic. Double bad luck and you can't cash out your winnings in that casino. You just keep playing the bad hand over and over hoping for a miracle.

People say entertainment isn't for kids. I disagree. It takes a certain type of guardian though. Because while a high percentage of folks just do their job and go home(or at least go do deviant shyt with adults while coked up) they keep it away from kids because they were mostly raised with sense.

Not everybody was raised to keep it away from kids.
Last edited: Aug 6, 2022

Creepy dudes like Dan Schneider give us foot fetish brehs a bad name.