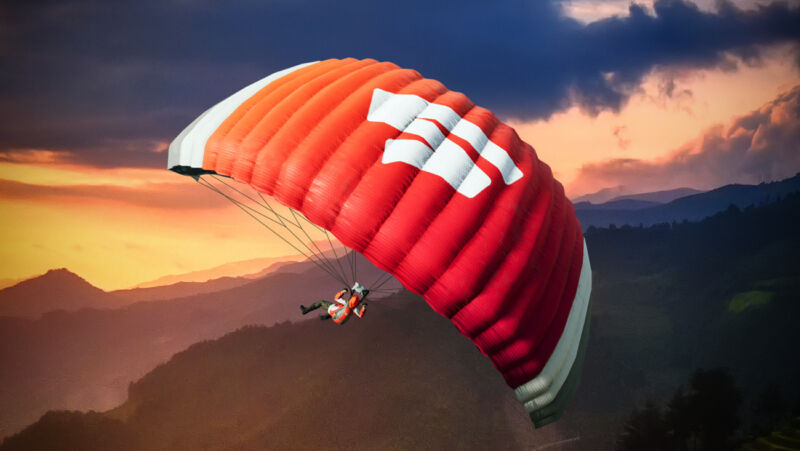 Google's dedicated Stadia Games and Entertainment studios will soon shut down. Google has not confirmed whether former employees will be sent out while gliding on one of these Stadia-branded PUBGparachutes.
PUBG / Getty Images

This isn't a typical entry in our long-running "Google kills product" series, but it's close enough: Google is shutting down its first-ever dedicated game studios, which had been founded as part of its beleaguered Google Stadia cloud-gaming service.

Kotaku editor Stephen Totilo confirmed the news on Monday ahead of Google posting its own formal statement on the matter, and it means Stadia Games and Entertainment will soon be no more, according to "one source familiar with Stadia operations." This move will impact the combined 150+ staffers for the endeavor, headquartered in both Montreal and Los Angeles. Google may rehire those staffers at other divisions.

One of those staffers, however, will not move to another Google division. Jade Raymond, the Assassin's Creed co-creator and Stadia's highest-profile hire who previously headed the studios, is no longer with Google.

Four years, you say?
The combined studios appear to have only lasted 1.5 years, if even that, with their existence being announced in an October 2019 announcement frenzy. At the time, Raymond offered optimistic thoughts about what exactly Stadia's unique, cloud-based architecture would allow in future video games, including robust physics simulations, distributed AI management, and larger-scale multiplayer communities. Raymond conceded that such efforts would take time, however, saying, "It won't be four years before gamers get to see the new exclusive, exciting content. There will be some coming out every year, and more and more each year."

Apparently, four years of development was too long for someone at Google.

Stadia's exclusive studio currently has zero games to its name. Totilo hints at the possibility that some of its in-progress games may launch by year's end, but that's not entirely clear. Either way, with these studios' closures, the service will soon pivot exclusively to hosting other publishers' games instead of trying to develop their own.

Exactly how this transition will affect the existing Stadia service, which was already dominated by third-party fare, remains to be seen. As the service has matured, it has finally offered more ways to play, particularly with free-to-play games like Destiny 2, which requires $0 to start a free account and begin playing solid 3D action on an average Web browser. And Stadia even turned out to be one of the better places to play the bug-ridden Cyberpunk 2077 in the wake of its notorious past-gen console launch.

Still, Stadia has long suffered from its model of offering à la carte game purchases outright, playable only within the Stadia service (and thus contingent on whatever server performance you can expect from your ISP and access to a wired connection) as opposed to the more reasonable cost basis of buffet-style subscription services, as seen in Xbox Game Pass Ultimate and Amazon Luna. These issues, combined with a requirement that games be coded to support Vulkan and run on Stadia's ho-hum Linux server farms, have stymied Google's rollout from day one—issues that ambitious, Stadia-exclusive fare would certainly have leapfrogged.

define:sustainable
Update, 4pm EST: Shortly after Kotaku's report went live, Google posted an official statement on its blog confirming nearly all of its details. Perhaps most interesting is this snippet:

In 2021, we're expanding our efforts to help game developers and publishers take advantage of our platform technology and deliver games directly to their players. We see an important opportunity to work with partners seeking a gaming solution all built on Stadia's advanced technical infrastructure and platform tools. We believe this is the best path to building Stadia into a long-term, sustainable business that helps grow the industry.

This could merely mean that Stadia will continue to focus on serving third-party games to paying customers. But it also seems to announce Stadia's current path to "sustainability": licensing its Stadia tech to outside companies, as opposed to selling games or subscriptions. Consider this a warning about the service's foreseeable future, Stadia fans.
Click to expand...