Thread where it started, but I’m going to finish it.
10 dead & 3 wounded in MASS SHOOTING in Buffalo, NY /FBI invest. as Hate Crime- Updates in OP

His old username that he changed everytime he gets called put for his racist rants:

Let’s get this fakkit up on out of here. This is the same fakkit who defended a racist Asian with a bw fetish who portrays blCk men as cowards and cucks.

Field Marshall Bradley said:
I'm old... so cats like Willis McGahee and Jamal Lewis had a ****** like

Report and get this cac outta here^^^^

Dude sounds like a future mass shooter. I do not feel safe with this unhinged white poster posting here.

Names himself after a racist cac who tweets n- words

Nicole0416_646NYC said:
Edit of my comment - this is who @Field Marshall Bradley names his former username after 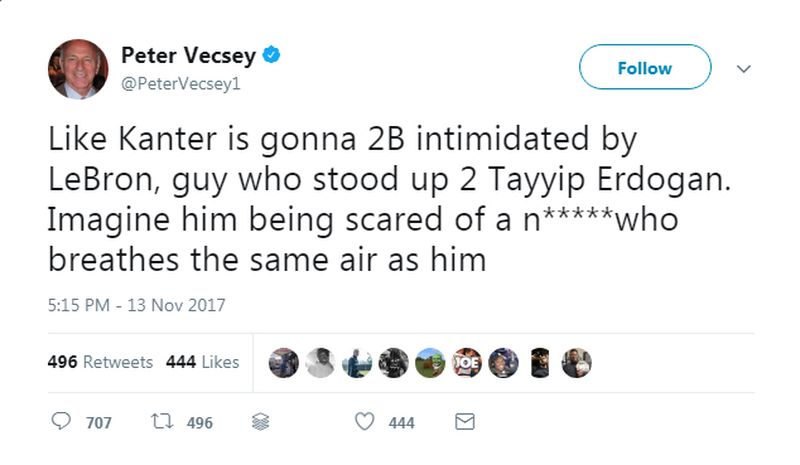 Likes throwing out the N-ER word like it’s a damn pastime to him
here.


Field Marshall Bradley said:
No one surpresses their ability when they have the talent. Did he call out Jerry West and Rick Barry for emulating ****** ball back in the day.
Click to expand...

Field Marshall Bradley said:
This is how a lot of people feel in real life and sports is the microcosm of all of this, but when I point out said examples, I gotta be trolling.....

And this is how he replies - more excuses for his whites

Right. I don’t watch sports, I’m not a “n—ka” and don’t use the word. But you’re pretending to be black with a racist white username who has no problem dropping hard N-ER words all over this forum under the guise of “talking sports”. Fuk all the way outta here.

Always with the off brand comments directed at black people


Field Marshall Bradley said:
I wonder if black twitter will allow the Rock to be black enough for this role
Click to expand...

Benjamin Sisko said:
Let’s get this fakkit up on out of here. This is the same fakkit who defended a racist Asian with a bw fetish who portrays blCk men as cowards and cucks.
Click to expand...

And he’s not even from America…

Field Marshall Bradley said:
Its not "nikka-hating" It has nothing to do with skin colour (other than part of their disadvantaged backgrounds, Black people are more likely to live in bad neighborhoods and go to schools due to gerry-mandering), rappers are people who often go from broke to immensely rich. If you don't understand the impact of that, then nothing I say will matter to you. You don't instantly learn money managing skills when you get a large sum of money and a massive amount of public pressure to spend it foolishly.
Considering I'm Black, come from a lower class neighborhood right outside of projects that I lived in at one point, and have both grown up with and am friends with a lot of rappers from Cleveland and the Ohio area in general, I think I have a pretty good idea of this.
As i said before, the industries mix heavily (where do you think most video vixens come from? Strip clubs), and strippers often come from disadvantaged backgrounds (its generally White girl shyt to drop out of college to strip), so they often have a lot in common with rappers. I'm pretty sure I made my point the first time, but why not say it again.
Click to expand...

Stop with the misdirection chump...You made a declarative statement that rappers are dumb based on absolutely nothing, not even anecdotal.......And this entire post is absolute meaningless filibuster.....Take this shyt back to complex magazine or whoever you work for.....[/QUOTE]


Stop with the misdirection chump...You made a declarative statement that rappers are dumb based on absolutely nothing, not even anecdotal.......And this entire post is absolute meaningless filibuster.....Take this shyt back to complex magazine or whoever you work for.....
Click to expand...

Field Marshall Bradley said:
I have a lot of posts on this site….

I recall in another thread saying where if a certain segment of the internet doesn’t agree with an opinion of yours and try to sum up your whole character on one post, they will feel entitled to ruin the lives of you and your family……. All I said was pay more attention to senseless violence in the hood, but y’all internet cats hate nikkas so much, you’ll erase that message by any means….

So what are you?? A UK or Canadian cac??
This double standard shhyt has gotta stop
Black Women and Men need criticising. Is everyone happy now?
Post by: Field Marshall Bradley,Oct 3, 2012 in forum: The Locker Room
U

He seems to float between opinions.

The other day, it was getting on people's neck for chastising the comments made by a c00n. Today it is him questioning why people are not as vocal about black on black crime.

The impression I get is that it is a game of diversion and deflection for him.

He needs to be exterminated .
S