These new nxggas already got their foot on necks.

Th3Birdman said:
This right here is why you are consistently one of the worst posters on this forum.

You speak as if you know this nikka personally, and he confided in you that his "spirit was broken". What type of dog food do you take, fam?

Regardless if Bosh's "spirit was broken" or not (

) the fact remains he never performed on Pau's level when he was with the Heat. Wade was done, so Bosh had an opportunity to step up-- he DID NOT.


The level of argumentation on this board is hilarious

So I guess you also think 2014 Kevin Love was also a better player than Pau, you know, cause big numbers on a bad team means they're a better player.


You airhead, Bosh played in the fukking East in the mid 2000s, Pau played for Memphis in the West in the 2000s. Even then Bosh literally got gentlemen's swept in his second playoff run in the first round, and got to six games in his first year

This is NOTHING to brag about, but your pinball brain headass thinks this is an accomplishment. Pau went through a fukking meat grinder in the West-- Bosh couldn't get past the Orlando Magic and the 2007 New Jersey Nets

Take yo simple ass on somewhere
Click to expand...

Gil Scott-Heroin said:
These new nxggas already got their foot on necks.

10bandz said:
Yeah he’s putting foot on necks by claiming Pau was the best big man in the league

Nothing in this statement is false -

Th3Birdman said:
Pau was one of the best big men in the league, considered by many at the time to be the BEST big in the league. That ain't EVER happened to Bosh.
Click to expand...

Surely you're not arguing Bosh was better than Pau are you, Kobe stanley @10bandz?

10bandz said:
Yeah so you just joined this forum 2 days ago and never was on here before that

Uh, yeah, why is this so hard to believe? Are you unaware this site's registration has been closed for something like 5-7 years? I originally tried creating an account in 2016, and I never got a confirmation email.

I had a homie/former co-worker who put me on to TheColi because it was a Black forum (mostly) for us. Here is a conversation between us from 2019:

It wasn't until a couple days ago when an admin hit me up on my Twitter and told me they'd finally let me through, all these years later. You have come up against someone that has zero problem with providing receipts.

What do you think it is that you're arguing here? That because Bosh's team won **two** games against the **41-41** Nets and a **single** game against the Magic that this made him better than Pau Gasol, a guy that had to go up against the 2000s Mavs, Lakers, Spurs, Suns and the rest of the juggernaut 2000s Western Conference? Are you arguing it was just as easy to win games in the Western conference playoffs as it was in the East?

10bandz said:
Yeah he’s putting foot on necks by claiming Pau was the best big man in the league

Well, I am sorry that you don't like factual statements, but Pau Gasol was, at the time, considered to be one of the best at the time, and quite a few were calling him THE best. Here's my receipts: 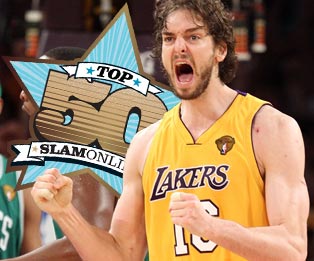 The definitive ranking of the NBA’s best players. 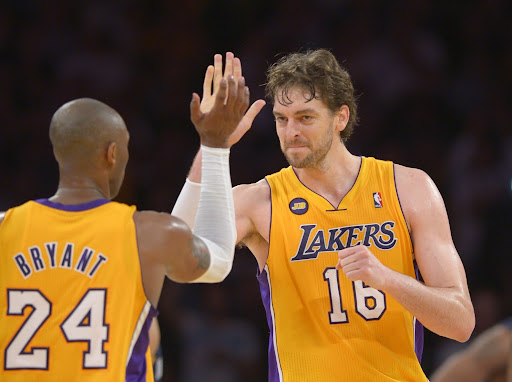 More Than a Sidekick: Pau Gasol

“I think the city of L.A. didn’t really appreciate what he did, and what we had,” Lakers legend Kobe Bryant told the Orange County Register. Mid range sniper, post maestro,...
ramaporampage.org

ESPN.com and TrueHoop are currently ranking NBA players and their latest list… 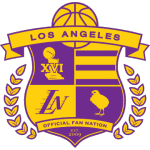 Th3Birdman said:
But see, you're being dishonest in assessment, which you HAVE to do in your never-ending quest to discredit LeBron.
Bosh made the playoffs only twice in seven years with Toronto: 2007 and 2008.

Both years were years where you could win 47 or less games and make the playoffs, as the Raps won 47 games in 2007 and 41 in 2008, and was the 3rd seed and 6th seed respectively. The Raptors were 41-41; literally .500 and nabbed the 6th seed in 2008, fam-- bragging about them making the playoffs is hilarious, because you're one of the same clowns that continuously called the East weak when LeBron was running through it at that time.


Both years, Bosh's Raps got bounced in the first round, with him getting gentlemen's swept in his best year. Bosh was the same guy as Love-- give you numbers on an awful team, but could do absolutely NATHAN in winning time.

Can you break down the difference between Bosh, Love and Pau? Cause they all seem like the same guy before going to a new team. All stats no impact. Now one is a First Ballot HOF, one has depression and one is best known for his homo tendencies

Y'all need to just accept it

Trojan 24 said:
Can you break down the difference between Bosh, Love and Pau? Cause they all seem like the same guy before going to a new team. Now one is a First Ballot HOF, one has depression and one is best known for his homo tendencies

Main difference between these guys is that Pau was able to shine when there was real pressure. Pau played under Kobe, a notoriously difficult player to play with. Not only did he (Pau) not shy away from that challenge, he thrived. In the playoffs, Pau stepped up as the second best player on the Lakers, averaging 20 points and 11 boards for the years the Lakers won the championship.


Bosh could not do this for the years the Heat were winning. The popular talking point is that Bosh was third fiddle, but there are two problems with this argument:

1. If you are good enough, you will never play a secondary role to someone you're better than. This is why Pau never played second fiddle to Bynum, Artest or Odom, the next best players on the Lakers after Pau, and why even 35 year old LeBron won Finals MVP over AD.

If Pau replaces Bosh on the 2014 Heat, they'd have made that Finals an actual series against the Spurs.

Now Love is a weird one, because he's never been as good as his numbers suggested. I'll give Bosh credit for actually making the playoffs-- Love was a perennial loser, frequently a part of teams that were the worst or bottom three teams in the league. He was fairly consistent for the Cavs but not the caliber of Pau for LAL. When Kyrie and LeBron were on, there really wasn't any room for Love to fit in-- Bosh had the chance with Wade breaking down. Kyrie is still a great player today, so there wasn't a universe in which Love was going to outplay the Cavs' second best player.
Last edited: May 26, 2022
You must log in or register to reply here.
Share:
Facebook Twitter Reddit Pinterest Tumblr WhatsApp Email Share Link
Top