◄ 487. Allammelek ►
Strong's Concordance
Allammelek: "an oak of (the) king," a place in Asher
Click to expand...

An indepth look at the meaning and etymology of the awesome name Allammelech. We'll discuss the original Hebrew, plus the words and names Allammelech is related to, plus the occurences of this name in the Bible.

Unlike our English word "God," the Hebrew words for God — namely אל ('el), אלה ('eloah) and אלהים ('elohim) — are part of such a vast array of words that today nobody quite knows what the divine concept might have entailed to the ancients. Religion as we know it reflects collective identities and codes of conduct, but the divine was considered long before societies became centralized and religions became politicized. In fact, the Biblical concept of the divine has much more to do with modern science than with modern religions (Genesis 4:26, 1 Kings 4:33, Romans 1:20, Colossians 2:3, 1 Thessalonians 5:21; also see 1 Kings 18:21 relative to Matthew 11:4-5 and John 14:12 and realize that the name Baal means "lord"; Matthew 7:21-23).

Our Hebrew words for God may be native to the cluster אלל אול אלה ('lh, 'wl and 'll), which covers ideas that have to do with sticking out (from protruding trees to curious deer to foolish humans who defy convention). But they may also come from the verb אלה ('ala), to swear or curse, which suggests that God would be "that by which one swears" (whatever that might mean — as a witness? as a judge? as observable reality that will weed out unstable elements much alike the commercial market does in the human word? who knows?). From the latter verb come the noun אלה ('ala), an oath, and the noun תאלה (ta'ala), a curse.

The demonstrative pronoun אלה ('eleh), which also occurs truncated as אל ('el), means these, which suggests that God represents whatever can be observed the way a pronoun represents a noun. This pronoun possibly has to do with the Arabic definite article (meaning "the") which survives in Hebrew as אל ('al), and in English in words like alcohol and algebra. The common Hebrew definite article is ה (he), which also serves as a particle of motion-toward. Another particle of motion-toward is אל ('el), which suggests that God is that which approaches.

But then again, the word אל ('al) is an adverb of negation. This special adverb doesn't simply mean "no" and never combines with an imperative (it's never part of a negative command) but always with imperfect and jussive moods (which express continuous actions or wishes). It means "lest", "shouldn't" or "let not," which suggests that God is he who prevents bad things.

In Greek the word for God is θεος (theos), which is also not a highly reserved word but a very common element of a vast array of very common words.
Click to expand...

The noun מלך (melek) means king, and a king is not merely a glorified tribal chief but the alpha of a complex, stratified society, implying a court and a complex government.

The Bible insists that a society must be governed by a triad of anointed sovereigns, namely prophets, priests and the king. A good king causes his people to be prosperous and peaceful whereas a bad one causes poverty and strife. The difference between the two is dictated by how close to the Law of Nature (a.k.a. the Word of God) the king operates. A kingdom that is wholly in tune with the Law consists of only sovereign individuals and is thus without a physical king.

An Aramaic cognate verb מלך (malak) means to consult, which confirms that the concept of royalty indeed evolved from wisdom and intellectual prowess rather than brute physical or political strength, as is commonly suggested.

I'm going by post count. If they didn't count, or counted off, it still counts. The fukk are yall doing 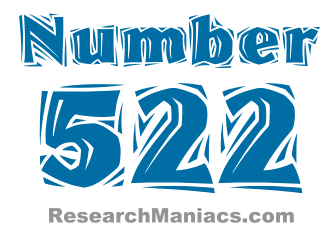 Because it got skipped:

Eulerian numbers of the second order[edit]​

The permutations of the multiset {1, 1, 2, 2, ···, n, n} which have the property that for each k, all the numbers appearing between the two occurrences of k in the permutation are greater than k are counted by the double factorial number (2n−1)!!. The Eulerian number of the second order, denoted

, counts the number of all such permutations that have exactly m ascents. For instance, for n = 3 there are 15 such permutations, 1 with no ascents, 8 with a single ascent, and 6 with two ascents:
Click to expand...

21 And the Lord God caused a deep sleep to fall upon Adam, and he slept: and he took one of his ribs, and closed up the flesh instead thereof;

22 And the rib, which the Lord God had taken from man, made he a woman, and brought her unto the man.

23 And Adam said, This is now bone of my bones, and flesh of my flesh: she shall be called Woman, because she was taken out of Man.
Click to expand...

In Modern Hebrew, the frequency of the usage of alef, out of all the letters, is 4.94%.
Click to expand...