'The New York City Rap Tour' 1982, when Uptown met Downtown and brought the elements of Hip Hop to Europe

*transcript of the story 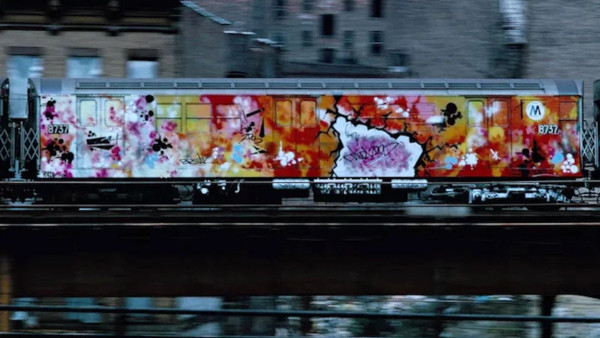 After graduating from college in 1978, Michael Holman moved to New York City for a job on Wall Street, but he says his interests soon led him elsewhere. "I'd take myself to the 1 train stop on Hudson and Chambers and these trains would roll in with these graffiti burners, covering the train from top to bottom. And I just couldn't believe what I was seeing- it was this sort of beautiful vandalism."


Then Holman read a short blurb in The Village Voice. Fred Brathwaite, who served as an informal spokesperson for the Fabulous 5 graffiti crew, put out a call for readers to hire them to create custom burners at their businesses or homes, priced by the square foot. Intrigued, Holman called "Fab 5 Freddy" and invited him to hang out.


Later that year Fab 5 Freddy and Lee Quinones of the Fabulous 5 showed their graffiti on canvas at a gallery in Rome. Then in 1980, Freddy painted an eye-catching, Warhol-inspired mural on a New York City subway car- a string of soup cans that doubled as an announcement of his arrival as a significant creative catalyst.​

As Freddy's influence grew, it expanded beyond visual art. He brought DJs Afrika Bambaataa and Jazzy Jay downtown to perform at the Mudd Club, and took Chris Stein and Debbie Harry up to the Bronx to see Grandmaster Flash- an exchange commemorated in Blondie's No. 1 hit song "Rapture." Harry then introduced the rappers Funky 4 + 1 when they performed at The Kitchen in SoHo, and brought them along as co-musical guests on Saturday Night Live, where rap had its national television debut. 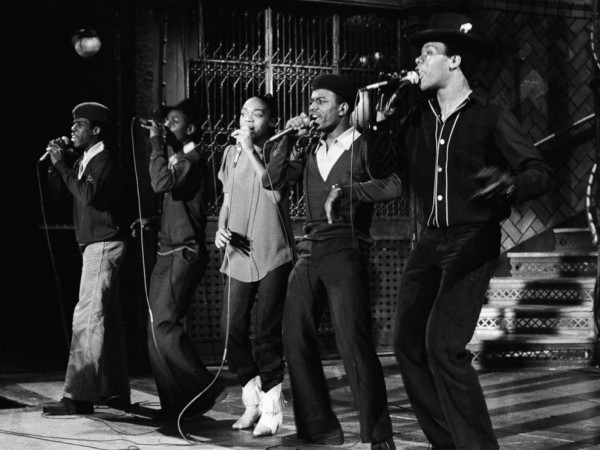 When English punk rockers The Clash came to New York to record their 1980 album Sandinista!, they caught the beat too. The band's single "Magnificent Seven/Magnificent Dance" became a hit on pirate and college radio, as well as on New York's legendary Black station WBLS. Returning to the city for a 17-date string of shows at Bonds International Casino in the summer of '81, The Clash brought on rappers such as Grandmaster Flash & the Furious Five as openers and invited the artist Futura (then Futura 2000) to paint live graffiti backdrops live on stage.

Although some of The Clash's fanbase expressed resistance to these creative alliances, the band remained committed to championing them. When the tour continued to Europe, The Clash took Futura along and collaborated with him on a graffiti rap, which he performed live in Paris.

At the same time, back in New York, ex-Sex Pistols impresario Malcolm McLaren was looking for the next big thing, so Michael Holman brought him to a park jam in the Bronx. "He was dressed like a Pirate from the Penzance on acid," Holman recalls. "Pantaloon pants and bright orange this and that, crazy- you know, like Culture Club."


Perhaps more like a culture clash, but Holman says something magical happened. "Jazzy [Jay] gets on the turntable and starts to scratch records, and quick cut, and do all of these isolated, you know, B-beats, and I'm saying to Malcolm, 'See what he's doing? That's like special mix DJing. And see that kid over there- he's like breakdancing, and see that over there? That's graffiti. And Ikey-C on the mic- that's rapping.' And Malcolm, like a lightbulb goes on, and he's like 'I get it.'"


In September of '81 McLaren asked Holman to put together a show featuring DJing, MCing, breaking, and visual art as an opener for the band Bow Wow Wow in New York. That led to a weekly revue at a club called Negril, where B-boys the Rock Steady Crew and Floor Masters (later the New York City Breakers) battled on the dance floor.

Another McLaren associate, Ruza "Kool Lady" Blue got things going at the Roxy, a massive roller rink where she added one more element to the mix by bringing in the Fantastic Four Double Dutch team, winners of the 1980 worldwide championship 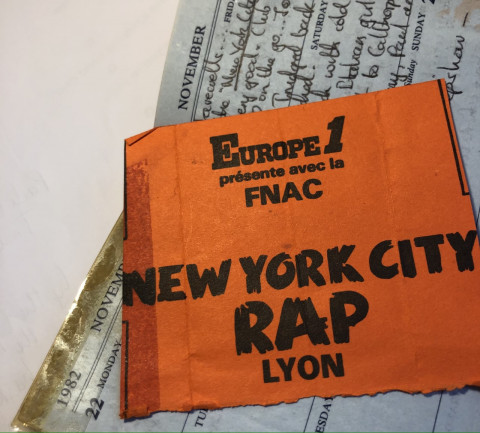 Dubbed the "New York City Rap Tour," the sojourn kicked off on November 21, 1982, in Paris, then moved on to Lyon, Belfort, Mulhouse, Strasbourg, London, and Los Angeles. Bringing all of the elements of hip-hop together, it showcased dozens of artists- including the Fantastic Four, Futura, the Rock Steady Crew, as well as Afrika Bambaataa, Phase 2, Dondi, GrandMixer D.ST (now DXT) and Rammellzee.

Photographer Janette Beckman was on assignment from Melody Maker to cover the London show. At the time she had been shooting two or three bands a week, mostly punk acts in small clubs. "It would be dark and, you know, people would be pogoing, spitting and shouting," she recalls. Beckman had never encountered artists scratching, rapping, breaking, making graffiti art, or doing double dutch- let alone at the same time. Nor had she seen the audience responding with such rapt attention. It was so different from anything we knew," she says. "It seemed full of joy I have to say." Although the journalist who accompanied her dismissed hip-hop as a passing fad, shortly after the tour Beckman moved to New York in 1983, and went on to photograph emerging artists such as Run-DMC, LL Cool J, and Salt-N-Pepa who would soon become iconic. By then hip-hop was already showing up in films such as Style Wars, Wild Style, and Flashdance, setting the stage for its global ascendance. Four decades later, it's still central to music, art, and fashion, and is even gaining recognition in the world of Olympic sports, where breaking will be featured for the first time at the 2024 Games– in Paris.
Last edited: Nov 30, 2022

mrdaveyd
Apr 15, 2010
We sat down w/ Hip Hop pioneer Fab 5 Freddy to talk abt the downtown art scene in NY during the late 70s early 80s when Hip Hop was starting to be embraced by the punk community. Freddy talks about meeting Malcolm Mclaren, Jean Michele Bisquait and Kool Lady Blue

The Come Up : An Oral History of the Rise of Hip Hop (book excerpt)