NaijaProdigy Redux said:
I was talking shyt about Brazil in the first half because overreacting on the Coli is what we do

But if we grade the teams on a curve, wouldn’t we argue Brazil looked the best given the relative competition?

Or what I’d say is 2nd half Brazil looked monstrous
Click to expand...

Sure but I wasn't ranking the teams in order.

Jeshaman said:
This must be Neymar's last WC. Just doesn't look the same player. Just stunk up the place.
Click to expand...

He already said this would be his last WC and he intends to move to the MLS in the near future cause the off-season period is longer.
A

The USA isn't going to fukk up like they did against Wales (to be fair, Wales stepped up, big time). England is more likely to win.

NaijaProdigy Redux said:
I’ve got a whatsapp group with my English cousins.

The way they talk shyt

They'll always be full of banter until England gets eliminated, then they'll simmer down as usual.

Breh def out next match, that's two weeks at least 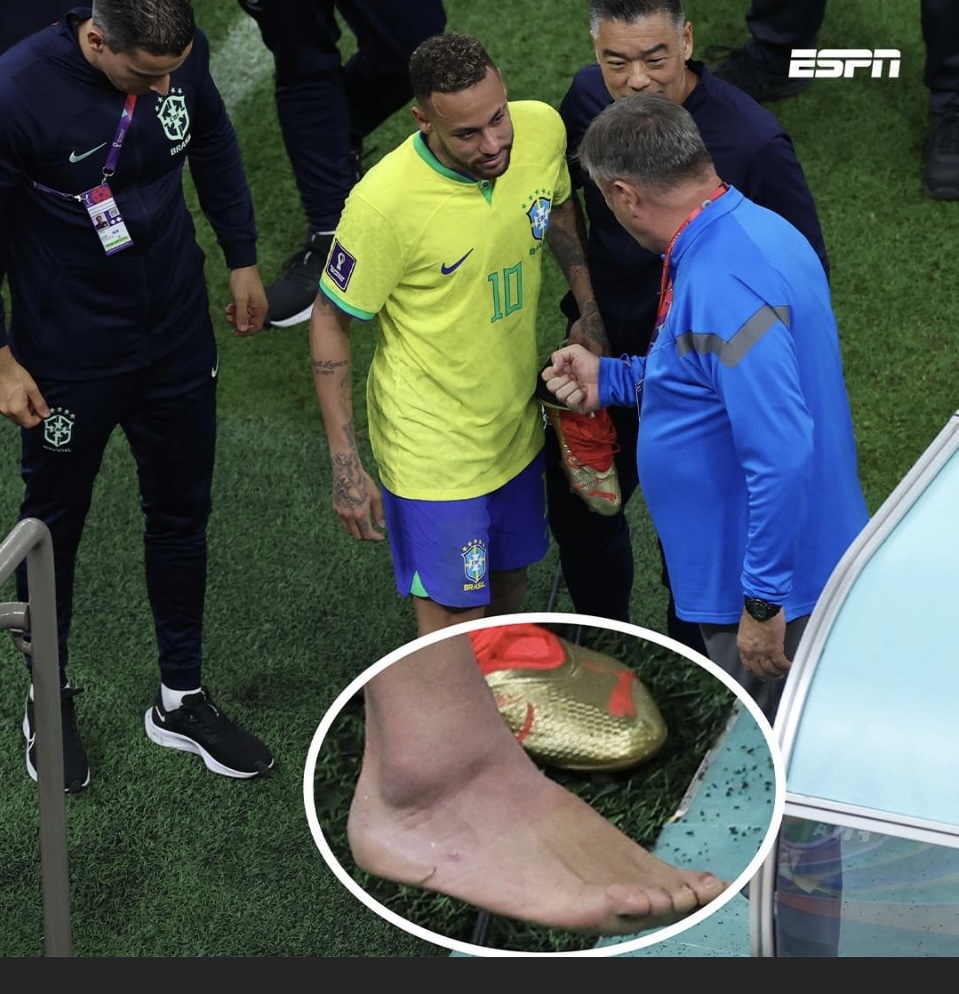 I'd have Spain above both England and Portugal.

Yehuda said:
I'd have Spain above both England and Portugal.
Click to expand...

That’s fair
I already have them above Portugal

To be honest the quality isn’t that great this World Cup. I think that skill levels have declined overall throughout the years

I also think the afc, caf and concacaf squads have gotten better

The 2018 French team would run through this whole tournament

Soccer made it in America

Stephen A called it U.E.FA. Cac called Wales a province

viktordoomsecretwars said:
How deep of a talent pool do they need? Every Brazil team is top 5 in talent in pretty much every WC they've played.
Click to expand...

14's had people here putting up wanted posters for midfielders. That shyt was an abomination and anyone paying attention knew that team was a bust in disguise.

10's was pretty trash too and we had no coach.

Brazil as a whole is gun-shy after that Germany fracas, I'm sure.
Click to expand...

No, Tite has always been a defensive-minded coach.
That and his adamant picks have always driven Brazilians mad. He gets results tho.

I haven't seen a better duo in their positions yet. I might never see it.

jj23 said:
Both. Brazil actually playing like Brazil without Neymar on the pitch. Quick incisive passing and numerous attempts.
Click to expand...

I've been telling this for years. That bytch is an anchor. Did y'all notice how Vini had to steal the ball from him for that first goal?

#1 pick said:
Let's wait till they play someone good before we say this
Click to expand...

The last time people said that when Neymar was out because of an injury, we ran through a Copa America. Extreme dominance in all games, it wasn't even close.

Neymar is prime Westbrook status if we're keeping it 100.

Caponeflowers said:
out of all the “big” teams only Brazil played a tough team and they beat them with ease… they are legit

England, France, Spain they all must still prove themselves
Click to expand...

Check the potential brackets after the group stage too.

They might get Uruguay -> Portugal -> Spain -> France on the road to the chip.


Liu Kang said:
I wouldn't write off Germany to be honest. They were probably not on the levels of the top 5 but they were really unlucky against Japan. If they click, they can pile up goals

Look at the cumulative xG against Japan

They're food. They'll have to straight up beat Spain for it and hope for the best. Spain got a massive goal lead in their group, so it's safe to assume they should at least clinch that 2nd seed without too much trouble.

Japan is legit, plays against Brazil every year, so they're used to top-tier opponents, and Germany got caught lacking.

I honestly thought Spain was the one getting got in that group tho. I could've made extra money off it.

That shyt looks ugly as hell.

Oh well, as long as team morale is still high, we good. Got the other 2 matches to get the Neymar-less formations synched up.

It’s a lot of love in that room


It’s a lot of love in that room

Honestly, that level of affection is dope to see between two legends. I don't even attach any

to that moment because the amount of p*ssy Dinho would get pre and post (shyt, maybe during halftime) games at Barca was crazy. I remember I ran into an ex-Celta Vigo player years back ( someone who Dinho had put on a highlight reel

) and he was like Dinho walked into the dressing room after absolutely destroying them in one game and invited them to a party at his crib. Apparently, when ol boy arrived, all he saw was women everywhere

F
Alphabet Gang Are Forcing Their Way to The Qatar World Cup!!!
3 4 5