'The Sandman' Series on Netflix (It’s out!)

The drama, from Warner Bros. TV, landed at the streamer with what sources describe as a massive financial commitment and DC Entertainment's most-expensive TV foray ever.

More than three years after New Line's failed attempt to turn the graphic novel into a feature film, Netflix has signed what sources describe as a massive financial deal with Warner Bros. Television to adapt the best-seller into a live-action TV series. Sources familiar with the deal note that it is the most expensive TV series that DC Entertainment has ever done.

Allan Heinberg (Wonder Woman, ABC's The Catch, Grey's Anatomy) is set to write and serve as showrunner on the straight-to-series drama. Gaiman, who created the ongoing monthly comic, will exec produce alongside David Goyer. Gaiman and Goyer were both attached to New Line's most recent attempts to adapt Sandman for the big screen.

Netflix and Warners declined comment as a formal deal has not yet closed. An episode count was not immediately available.

The Netflix take represents the first Sandman TV series after numerous efforts to adapt Gaiman's horror, fantasy and mythology tale about Morpheus, the Lord of Dreams, and the Endless, the powerful group of siblings that includes Destiny, Death, Destruction, Despair, Desire and Delirium (as well as Dream).

Attempts to turn Sandman into a feature film franchise started in the 1990s with Warner Bros. — the parent company of Vertigo, the former imprint of DC Comics. The film went through multiple incarnations and writers in the 1990s and early 2000s and eventually toiled away in development purgatory. Gaiman (whose work has been adapted for TV with Starz's American Gods, Amazon's Good Omens) announced in late 2013 that he was teaming with Joseph Gordon-Levitt for a feature film that wound up being set up at Warner Bros.-owned New Line. Gordon-Levitt was set to star and direct before bailing on the film following creative differences with the studio in March 2016. Eric Heisserer, the last screenwriter attached to New Line's Sandman, said in November 2016 that he was no longer attached to the film.

"I … came to the conclusion that the best version of this property exists as an HBO series or limited series, not as a feature film, not even as a trilogy," Heisserer told iO9 in November 2016. "The structure of the feature film really doesn't mesh with this. So I went back and said here's the work that I've done. This isn’t where it should be. It needs to go to TV."

Sources say Warners, which controls the IP, took the Sandman TV pitch to multiple outlets, including corporate sibling HBO. The premium cable network did not make a play for the series given the massive price tag attached (and likely number of other big world shows in the works) and Netflix snapped it up as the streamer continues to make an active play for massive IP that could be turned into subscriber-friendly franchises a la Amazon's Lord of the Rings and HBO's Game of Thrones.

Since parting ways with Marvel, Netflix has aggressively pursued big-name IP — like Magic: The Gathering, The Chronicles of Narnia and the works of Roald Dahl — as the streamer courts new subscribers with exclusive new takes on beloved franchises.

The Sandman deal will provide a financial windfall to Warners, which is in final negotiations for a new film and TV pact with J.J. Abrams that could be worth north of $500 million. Sources note that the studio opted to sell it to a third party in a bid to bring additional revenue to the company rather than placing it at its forthcoming streaming service. The studio will next look to re-sign prolific comedy producer Chuck Lorre as the Big Bang Theory co-creator's current deal expires in 2020.
Click to expand...

Would yall have preferred a movie or a series?

WB stay overcharging everybody to use their properties

They finally got it off the ground though, hope its dope
Last edited: Jun 30, 2019

Would yall have preferred a movie or a series?
Click to expand...

You simply cannot tell the entire story without a series.

I've always seen the comic but I was always like...

is this shyt good or not...

ORDER_66 said:
I've always seen the comic but I was always like...

is this shyt good or not...

It's the greatest graphic novel of all time sir. Word to Watchmen

It's the greatest graphic novel of all time sir. Word to Watchmen

I loved watchmen... give me cliffnotes on the sandman story...

I loved watchmen... give me cliffnotes on the sandman story...

The main character of The Sandman is Dream, also known as Morpheus and other names, who is one of the seven Endless. The other Endless are Destiny, Death, Desire, Despair, Delirium (formerly Delight) and Destruction (also known as 'The Prodigal'). The series is famous for Gaiman's trademark use of anthropomorphic personification of various metaphysical entities, while also blending mythology and history in its horror setting within the DC Universe.[1] The Sandman is a story about stories and how Morpheus, the Lord of Dreams, is captured and subsequently learns that sometimes change is inevitable.[2] The Sandman was Vertigo's flagship title, and is available as a series of ten trade paperbacks, a recolored five-volume Absolute hardcover edition with slipcase, in a black-and-white Annotated edition, and is available for digital download.

Critically acclaimed, The Sandman was one of the first few graphic novels ever to be on the New York Times Best Seller list, along with Maus, Watchmen and The Dark Knight Returns. It was one of five graphic novels to make Entertainment Weekly's "100 best reads from 1983 to 2008," ranking at No. 46.[3] Norman Mailerdescribed the series as "a comic strip for intellectuals."[4] The series is noted for having a large influence over the fantasy genre and graphic novel medium since then.

This should be dope with the netflix budget

Coli Mods Catch Me If U Can Forgive Me Imma Ridah™

Reppin
Peckham™ Come Get Me!

Maybe they'll set the series up as a spin-off? -- I'm all for more Lucifer. 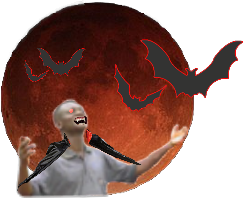 Maybe they'll set the series up as a spin-off? -- I'm all for more Lucifer.

Yeah the comic lucifer was a sandman spinoff

Bigbigguy said:
Yeah the comic lucifer was a sandman spinoff
Click to expand...

Netflix got the juice and the sauce

Coli Mods Catch Me If U Can Forgive Me Imma Ridah™

Reppin
Peckham™ Come Get Me!

Netflix got the juice and the sauce
Click to expand...

You must be confused with the number one premium cable channel in Starz?

Netflix got the juice and the sauce
Click to expand...

for like 3 seasons till they cancel it because they don't own it
You must log in or register to reply here.

Black Samurai’ Movie, Based on Blaxploitation Book Series, in the Works at Netflix