This is a fight that’s been brewing for several years. Back when both men competed at featherweight, Stevenson (17-0, 9 KO) became Valdez’s (30-0, 23 KO) mandatory challenger with a series of solid wins, only for Valdez to move up to 130. Rather than immediately challenge Jamel Herring for the WBO title at 130, as was his right as a rising champion, Valdez got acclimated with a pair of fights before stunning Miguel Berchelt for the WBC belt.

He was last seen narrowly edging out Robson Conceicao after testing positive for a banned substance beforehand.

This left Stevenson to cruise past Joet Gonzalez for the now-vacant 126-pound belt, then immediately follow Valdez up to 130. He took his own pair of prep fights before dominating Jeremiah Nakathila for the interim belt while Herring settled his business with Carl Frampton, then demolished “Semper Fi” four months later.

Bob Arum had floated the idea of letting this simmer even longer by pitting Valdez against Emanuel Navarette and Stevenson against Berchelt, but thankfully that didn’t come to pass. The best 130-pounder in the world will be crowned in just over two months.

“I want to make it clear that I am the best 130-pound fighter in the world,” Valdez said. “We know Shakur Stevenson is very good at fighting, but he’s even better at social media. I’ll let my fists speak for themselves.”

Stevenson said, “I have been chasing this fight for nearly three years since we were both at featherweight. On April 30, I’m going to show him and the world why he ducked me all this time. I’m the best young fighter in the world, and I will become unified champion.”
Click to expand... 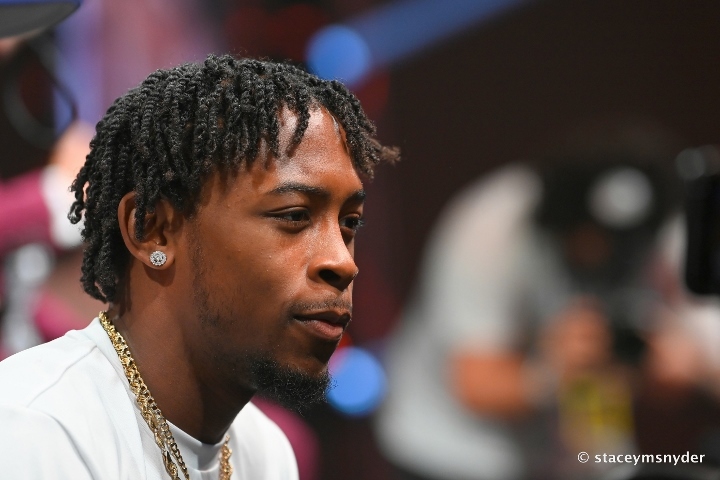 
Lightweight Keyshawn Davis, the 23-year-old Olympic silver medal superstar from Norfolk, Virginia, is coming to Las Vegas on Pro Football Draft weekend to show why he should be the boxing world’s top draft pick. Davis will battle Mexican veteran Esteban Sánchez in an eight-rounder Saturday, April 30 at the MGM Grand Garden Arena.

Davis-Sanchez will be the co-feature to the junior lightweight title unification showdown between WBC champion Oscar Valdez and WBO king Shakur Stevenson.

Valdez-Stevenson and Davis-Sánchez will be televised live on ESPN, ESPN Deportes and ESPN+ at 10 p.m. ET/7 p.m. PT. Undercard bouts will be announced shortly.

“Keyshawn Davis was the most sought-after free agent coming out of the Tokyo Olympics, and he is among the sport’s most gifted fighters,” said Top Rank chairman Bob Arum. “The main event features two of the world’s best fighters in Valdez and Stevenson, and I have little doubt that Keyshawn is on his way to becoming a pound-for-pound great.”

Davis said, “Fighting in Las Vegas at MGM Grand on Pro Football Draft weekend… I was born for this stage. I am going to put on another flawless performance and then watch from ringside as my brother, Shakur, puts on a show as well. The stars will be out, and they are going to see something special.”

Davis (4-0, 3 KOs) was supposed to fight Sanchez on March 19 in New York, but he contracted a non-COVID-related virus. He knocked out Jose Zaragoza in two brutal rounds in his Top Rank on ESPN debut last December. Davis made an impression against Zaragoza, folding his overmatched foe with a left hook to the body. His slightly delayed return comes against Sánchez (18-1, 8 KOs) a native of Ensenada, Mexico, who won a pair of fights in 2021 following his only career loss.
Click to expand...

Heck of a fight.

Shakur should win this but I wanna see him face some adversity, Mexi-tea or not Valdez can crack. 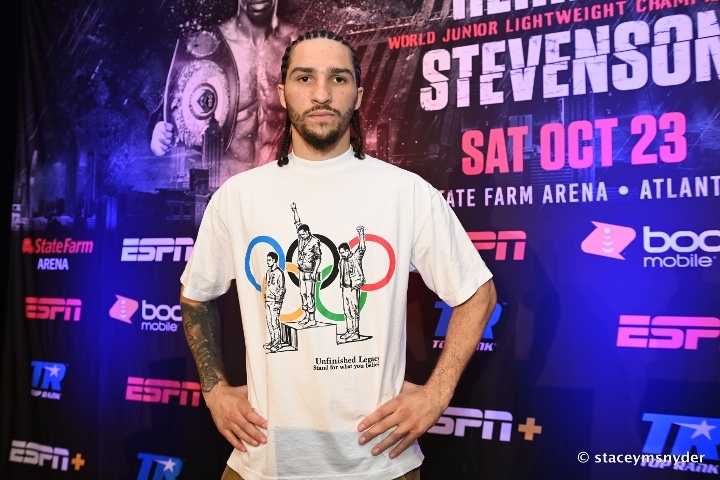 Ali Walsh said, “Las Vegas is home, and the MGM Grand Garden Arena has hosted so many legendary fights. This is a dream come true. I’ve gotten to know Oscar and Shakur, and it’s an honor to fight on their card. I’m focused on my fight, as Ibarra is a capable veteran. He wants to be the guy to knock off Muhammad Ali’s grandson. I won’t let that happen, especially in front of my family and friends.”

Ali Walsh (4-0, 3 KOs) graduated from Las Vegas’ Bishop Gorman High School and is currently a student at UNLV, where he is on track to graduate later this month with a degree in business entrepreneurship. He turned pro last August with a headline-grabbing first-round knockout. Ali Walsh fought twice more in 2021, including a four-round decision over Reyes Sanchez at Madison Square Garden, the site of many of his grandfather’s most memorable ring battles. Ali Walsh last fought in January in Tulsa, Oklahoma, where he knocked out Jeremiah Yaegar in two rounds. He now turns to Ibarra (7-1, 2 KOs), a 28-year-old who has won four straight since the lone loss on his ledger.
Click to expand...

This the bout I'm fiending to catch. Ready for Shakur to go ahead and unify130, and get up there and really really build his name with them boys at 135.

Kid obviously is all world in the ring, but he has potential to be a pay-per-view star stepping into that villain role

Look at your face

rbksNgirbauds said:
This the bout I'm fiending to catch. Ready for Shakur to go ahead and unify130, and get up there and really really build his name with them boys at 135.

Kid obviously is all world in the ring, but he has potential to be a pay-per-view star stepping into that villain role
Click to expand...

why does he have to be a villain? Lol

Babyface said:
why does he have to be a villain? Lol
Click to expand...

Lol just something I could see him doing naturally if he chose to pick a side. Not saying it's necessary...just a role I think he could embody and profit tremendously off of.
C

A sonning for the purists.

that hallmark music ass shyt with the tea section

I can't wait for this fight. I think this could be the first time we see Shakur actually "fight" instead of "box" if Valdez can bring it out of him.
Still Stevenson in 12
You must log in or register to reply here.