What do you want people to say? This is expected, fukk him I guess?

If you want a more in depth conversation about latent fascism in the US, don't post it on thecoli.com

The Soul of the Internet

Savvir said:
Did you accidentally quote me? My post was about being active and involved
Click to expand...

I quoted you to illustrate the thinking of the other poster.

He asked, you told him exactly what to do and he started with the bullshyt.

shyt blows my mind how people like that get so much support when the people that support him literally gain nothing. It's just a watering hole for racists to spew dated talking points and make their leaders richer.
Click to expand...

Same reason all these redpill content creators and hoes with podcasts get traction. Most people are bored losers. Some congregate with hate and others with f**kery

I feel like Shapiro's 'strength' is appearing fair and impartial, while many cacs agree with Fuentes, speaking openly like this is taboo.

Amestafuu (Emeritus) said:
Been told the dumb constituents of our forum this was the plan. But the slack jaw muthafukaz were still doing the both sides shuffle and even praising how trump was abusing executive orders. Saying he did more than Obama. Meanwhile it was clear him and his party cared nothing for democratic process. Down to trying to forcefully steal and hold on to power after loosing an election. Damn fools need to wake up and understand how deep an indoctrinated these cacs are. Saying both sides are the same had been disingenuous buffoonery. Pretending you can abstain from politics and be unaffected is clearly false given what is at stake.
Click to expand...

nikkas was cheerleading his wall and his anti-black immigrants stunts like a hero had arrived. Can't forget that black history month of 2017 when dudes was hyping up some Donald Trump reparations plan.

Then went radio silent after George Floyd as Trump made it very clear he has no regard for black Americans of any background other than thugs, rioters and criminals, considers us to be equally trash to an immigrant, disregarded our communitiea as "dirty" and "rat infested shytholes." And used the whole crisis and the activism against it to capitalize on "law and order" and Willie Horton style "Democrats are gonna allow black people to kill you" messaging.

Silence from the militants.

Then, even after 4 years of the most openly racist administration ever seen, came Ice Cube phony ass with election day just weeks away talking about "Platinum plan!" "Deeeer TrUmp nOt sO baD! REpUbLiCaNs sPoKe tO mE! We NeEd 2 HaV aSeAt aT dUh TaBle!!" And like it's 2017 all over again nikkas was all over the shyt like it wasnt the most obvious bit of political "pandering" we've ever seen.

Now here we are with books being banned from schools, election wins being denied, and white nationalism now socially acceptable. Still no peep from the militants waiting for this great awakening of openly racist white people and politicians forcing us to fight back.

Place is an entire joke of weak c00n roleplaying while white folks is making real moves. nikkas is lost.

Funny thing about this white ethno-state these idiots want is that it would tear itself apart over minute differences the instant that all the non whites are out the paint. Catboy loving "Fuentes " would find himself in a camp with the other undesirables.

He could be draped out in Klan apparel and clowns on here would still be talking that "both sides" shyt. 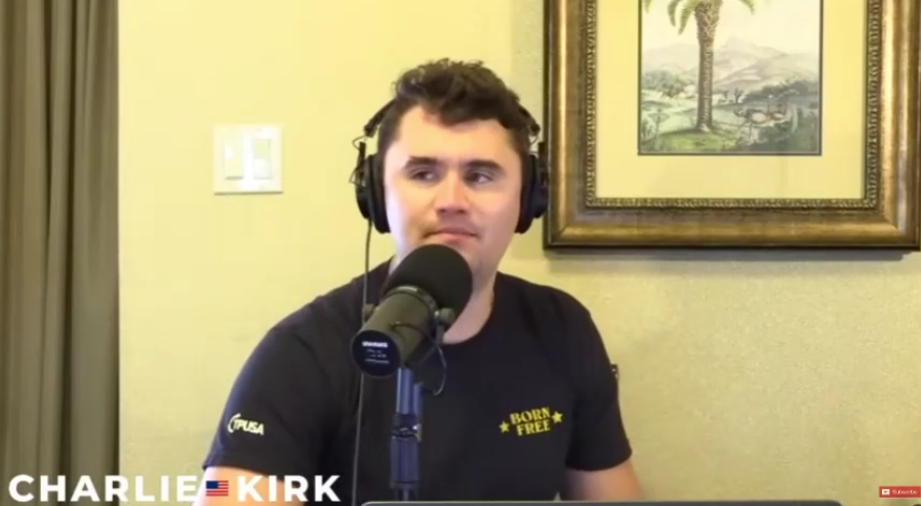 Charlie Kirk says if Republicans win midterm elections, "we're not going to give that power back"

That’s even better, that means it will take only one man to make reparations possible!

It’s so disappointing that young don, and AMP associate’s with sneako smh.

Maybe cuz this thread was made at 2:49 am

RareHunter said:
It’s their country. The Most High will deal with them. Realistically what could we do?
Click to expand...

I wish i could punch Nick Fuentes and that bytch Steven Crowder in the neck. Both routinely say racist shyt with no push back. Surprised no one has ran up on either of these dudes yet
You must log in or register to reply here.