NYC Really Is Like The '80s Again: The 2022 New York Yankees Season Thread

Well I guess there's no real way to hype ourselves up for the season as the 2nd best team that plays in Yankee Stadium is getting ready real quick in Tampa for the season.

This is gonna be a long season. Question marks everywhere. Don't really have much faith in this roster to do much and by August we may just be keeping ourselves entertained with Anthony Volpe and Jasson Dominguez reports from the farm.

This front office is delusional. No other way to put it. Cheapest $260 mil team ever. Yankees are the kind of team that goes grocery shopping at CVS knowing damn well your supermarket got better shyt for a cheaper price.

And let's not kid ourselves. Their offseason is done.

Judge and rizzo not being vaxxed is a perfect encapsulation of this framchise right now.

I'm not even gonna include Domingo German since he's already on the 60 Day IL.


If you told me this team would be the first team since '92 to finish under .500, I might just believe you.


Now for the good news,

and lol @ the 80's. as a kid i actually thought dan fukkin pasqua was going to be a superstar b

I'm not even gonna include Domingo German since he's already on the 60 Day IL.


If you told me this team would be the first team since '92 to finish under .500, I might just believe you.


Now for the good news,

Medina is ranked 60 on fangraphs top100

Let me not forget Justin Lange who the Yankees got today for Luke Voit.

I honestly think they'll take the division but lose again in the Wild card/Alds round.

Once again for the 6th season in a row I REFUSE to attend a game due to the Yoan Moncada fukk up.

And lastly I'll bring back a infamous blog tag line that shut down 8 years ago that was pretty spot on regarding Cashman... 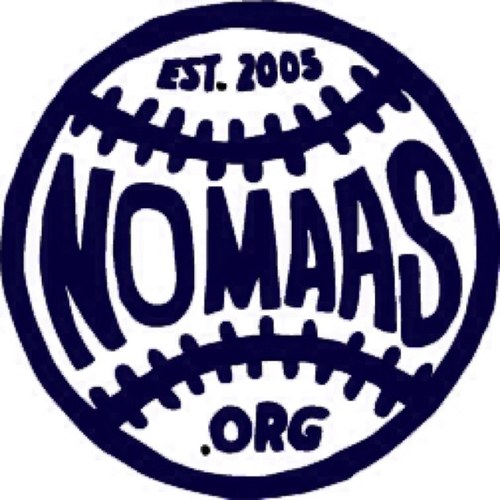 Cashman gonna Cashman. Nothing else to say.

This part of the lineup will be the new strikeout kings

I can see it now, Twins vs yankees in playoffs and twins finally beat the yankees due to a gary sanchez walk off home run on chapman

I think the Yankees will do well.
But I think the margin for error is really small.

From a value perspective they're not that great. I don't think Stanton will perform to his contract. And a lot kind of hinges on how healthy Josh Donaldson will be - in m opinion. If he's in the lineup for 130 games, the team should be really good. If he misses more time it could be a struggle.

Joey Gallo is...well he's obviously boom or bust. He's going to be frustrating in the same way that Gary Sanchez was. He's going to OPS 1.000 one month and probably OPS .700 for 6 weeks after that. Players like Sanchez and Gallo could put up nice season numbers overall but often they let you down in a short series because of how streaky they play. Sometimes you'd rather sacrifice the raw power for a bit more consistency in making contact. And really I think that's one of the weaknesses of this roster....the Yankees don't have enough guys you can rely on to put the bat on the ball and manufacture runs when you need it.

Gleyber is really the X-factor here. He doesn't quite project to be an All-Star this year but coming into his 5th year, maybe he makes a bit of a leap. If he can find that power stroke from 2019, he can dramatically improve the lineup. I would love to see 25-30 HR. That's probably all it would take. Maybe the Yankees could schedule extra games vs the Orioles, lol.

As far as the rotation, it's Gerrit Cole and that's it. Obviously Severino has the same ceiling but it just depends on how many innings he's going to give you. If the Yankees get into the postseason, I think Cole/Sevy is as good a 1-2 punch as any in the league. But if Sevy goes down, there's a pretty big drop off to Montgomery in my opinion. Can someone on the Yankees please tell Montgomery to stop throwing a sinker? It's not a good pitch for him. I get that he needs something to go with his fastball and changeup. But his sinker is pretty much a meatball. I guess all things considered, Montgomery is a fine #3 (I know he's listed as #2 but let's be honest, in terms of talent he's not that guy).

The Yankees are going to be relying on their bullpen to win a lot of games. And by the way, maybe this is why the Yankees declined to spend up this offseason.
Next winter, a couple of good pitchers could be on the market: Chris Sale, Jacob deGrom, Noah Syndergaard, Carlos Rodon, Mike Clevinger, Sean Manaea, Joe Musgrove...

No one who is really a 20-something who is a superstar, and some would be on Player Option, but certainly guys who could solidify their rotation better than what they have right now.

Wouldn’t surprise me if they manage to overachieve this year.

Overall though I don’t have high expectations.

How do you guys feel about the Twins Correa signing for $35 mil per after they traded you guys Donaldson's $25 mil and Kiner-Falefa's $5 per season? Is it addition by subtraction just getting rid of Sanchez?

AnonymityX1000 said:
How do you guys feel about the Twins Correa signing for $35 mil per after they traded you guys Donaldson's $25 mil and Kiner-Falefa's $5 per season? Is it addition by subtraction just getting rid of Sanchez?
Click to expand...

Cashman Got trolled and played hard. Seriously, as if they don’t look bad enough already.