Stage a Robbery @ Your Job w/ Your Bestie's Dad and Get Merked By a CoWorker, Brehettess

The man who attempted to rob a Burger King on Capitol Drive the night of a deadly shooting told police his daughter and the girl who was shot and killed were in on the plan, according to a criminal complaint.

On Thursday prosecutors charged 41-year-old Antoine Zebadiah Edwards with felony murder, intentionally contributing to the delinquency of a child and death as a consequence, and possession of a firearm by a felon. If convicted on all charges he could spend up to 30 years in prison. He made his initial appearance in Milwaukee County Court on Friday.

The District Attorney's office released the criminal complaint Friday, breaking down what happened on Jan. 2 that led to the death of 16-year-old Niesha Harris-Brazell. 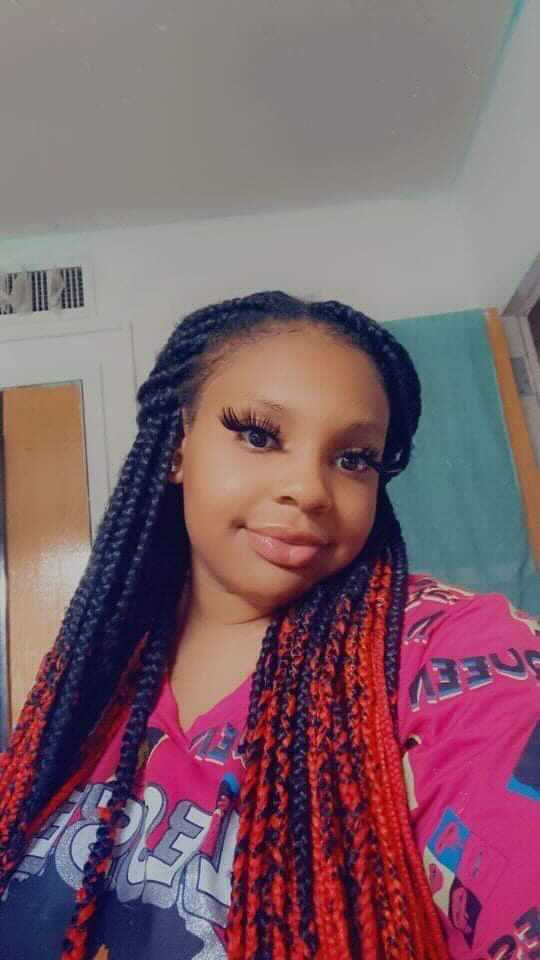 Family
Niesha Harris Brazell
The complaint says when police arrived, Brazell had already been shot and was laying near the drive thru window. She was taken to the hospital, where she died. A medical examiner concluded that she died from multiple gunshot wounds.

Investigators took to surveillance video to figure out what happened. According to the complaint, the incident began at 10:13 p.m., just after the restaurant on Capitol Drive had closed. A vehicle pulled up to the window and the driver, identified as robbery suspect Antoine Edwards, began tapping on it.

At that time, a male employee went over and said something to Edwards, prompting him to drive away. The man then closed the window.

A few minutes later, the vehicle pulled back up to the window. At this time, Brazell was standing near the window and opened it. The video then shows Brazell backing away from the window and off to the side so she's no longer visible to Edwards, the complaint states.

The complaint says she then removed the cash drawer and held it as she called out to the other employees. She stood like that for around 40 seconds before Edwards opened his car door and pushed himself through the window.

According to the criminal complaint, Edwards' shoulders, head, and both arms were through the window and he had a semiautomatic pistol. Brazell backed even further away and Edwards began waving his gun in her direction and reaching for the cash drawer.

At that point, Brazell had placed the drawer on the counter next to her. The two remained like that for around 20 seconds as Brazell continued to call to the other employees.

After those 20 seconds, the complaint says Edwards ducked out of the window and back into his car before driving off. Simultaneously, Brazell fell to the floor. However, surveillance video shows Edwards never fired his gun, prosecutors say.

The complaint goes on to say an employee inside the building at the time, identified as Derrick Ellis, went to a door that led to the drive-thru. He peered his head around the corner, and subsequently fired a pistol towards the window.

Brazell was between Ellis and Edwards, in the line of fire.

In the complaint, prosecutors suggest Edwards' daughter may have been involved in staging the robbery as she was working there at the time of the crime. She has also been arrested.

Initially, she did not tell police what had happened that night at the Burger King, the complaint states. However, after police began suspecting her, she admitted to lying and said she was in on the plan to rob the place, prosecutors say. She identified Edwards as her father and Brazell as her best friend.

According to the complaint, Edwards' daughter said just days earlier, Edwards, herself, and Brazell planned to rob the restaurant. She said they all knew Brazell would be working the window and would be the one to hand over the money. The complaint says Ellis was not in on the plan.

In their statements, both Edwards and his daughter said they talked on the phone after he drove away from the window the first time. Edwards claimed he and Brazell talked as well and planned for him to pull around again and she'd hand over the money.

But Edwards' told police Brazell was taking too long to hand over the money which is why he pushed his way into the window, the complaint states.

Edwards' daughter told police she thinks Brazell panicked and decided not to go through with the robbery.

Ellis fled the scene. Police are continuing to look for him.

Edwards was arrested on Tuesday, though police did not identify him then.

Reppin
Brooklyn keeps on taking it.

why did Ellis do that?

Sad for the girl. But man, the lives some people be living....
B

And at Burger King too.

Thread title got me

this happened multiple times when i worked in fast food.

always an inside job lol

Head to the crossroads from playing stupid games brehettes

They making risky moves to stunt for the gram

Dude think he tryna do the right thing but ends up killing the wrong person.

MASSIVE L ALL AROUND

Too lazy to work and make something of yourself....but not damaged enough to sell p*ssy.

Wow. Read the article with my mouth open the whole time. Just a clusterfukk of bad decisions