It’s possible — but sources have gotten more pessimistic in recent hours. The Spurs are holding firm on requiring a monumental haul in order to trade Murray. A source says San Antonio wants a “Godfather offer” and is in no rush to trade Murray.

First of all, I’m told that Collins wasn’t headed to the Spurs in the deal that was discussed yesterday. Collins was being sent to a third team. That team, believed to also be in the Western Conference, was set to send further draft compensation to the Spurs.

You KNOW Dejounte emotional ass going to be tight this season

Reppin
Jigga with the Roley and the Vest

Who is he they daddy or something 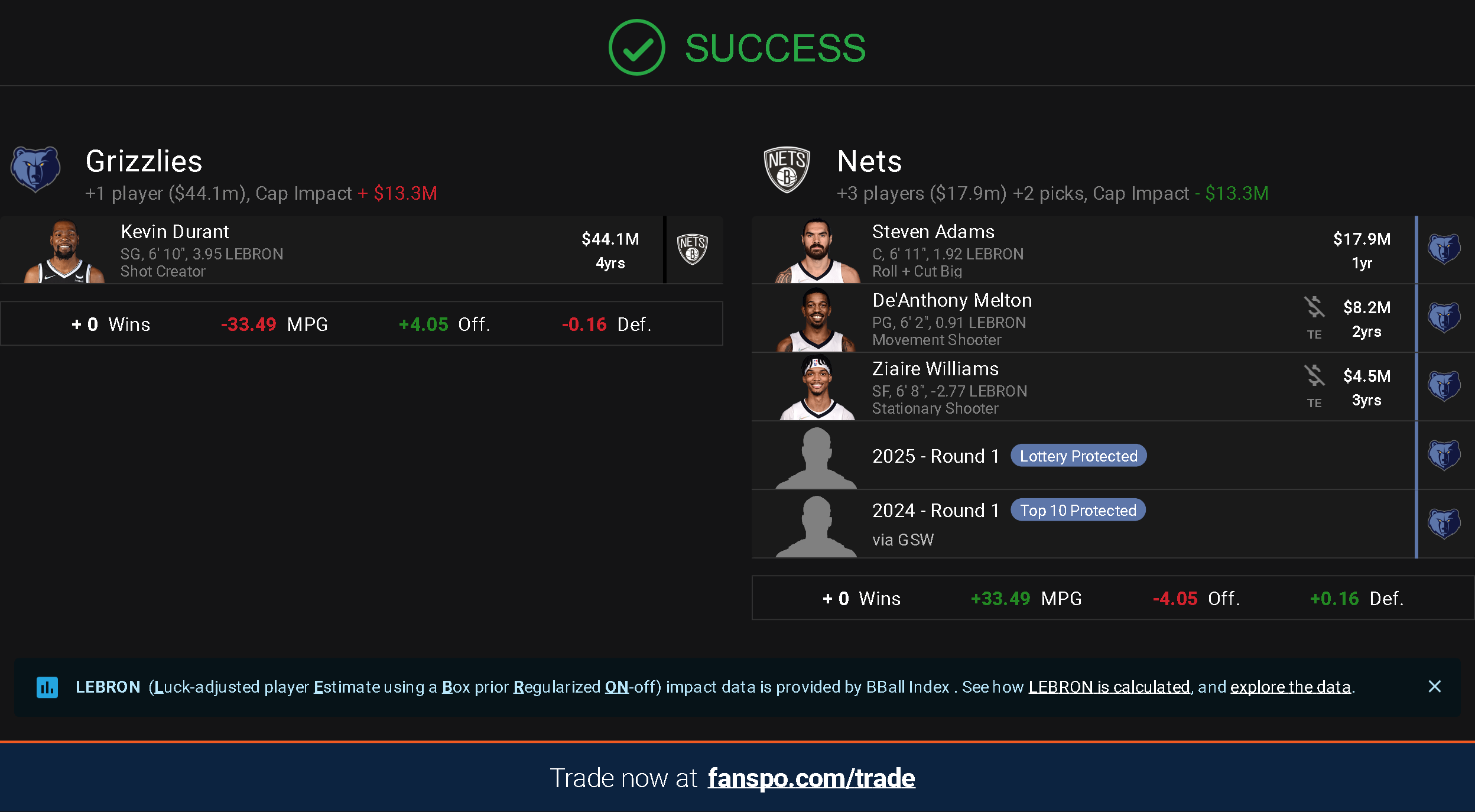 Who is he they daddy or something
Click to expand...

With the revenue that would be lost if he and Kyrie left ..yeah

What the hell would a Kevin Durant trade look like? I couldn’t even fathom the assets you would have to give up for this

FukkaPaidEmail said:
With the revenue that would be lost if he and Kyrie left ..yeah
Click to expand...

holidayinn21 said:
There's only one reason why the Grizz and King Kleiman want the 4th pick and Ivey

Getting KD with lottery protected picks

they always list the heats but nikkas don’t wanna do business with us 4real. We’ll wait on KD