Top 10 reasons why lineage-based reparations is a bad plan

Editor’s note: The following article is an op-ed, and the views expressed are the author’s own. Read more opinions on theGrio.

On Sept. 30, 2020, 401 years after human traffickers landed in Virginia and sold Africans to English settlers, California lawmakers passed Assembly Bill 3121. The legislation established a nine-person task force to “Study and Develop Reparation Proposals for African Americans, with a Special Consideration for African Americans Who are Descendants of Persons Enslaved in the United States.” On March 29, the task force voted 5-4 to limit the resulting reparations to Black people whose ancestors were enslaved in the United States, sparking a robust debate about who is deserving of reparations.


While this may seem like the most straightforward solution, undoing the legacy and history of slavery is not that simple. As a descendant of Africans enslaved in America, I would benefit from this policy. But, as someone who has taught “Race as an Economic Construct” to college students, studied the history of Africans in America and has written extensively about reparations for two decades, I oppose this idea. It is my belief that the foundation of this argument rests on the precepts of white supremacy that created the disparities reparations are intended to erase. 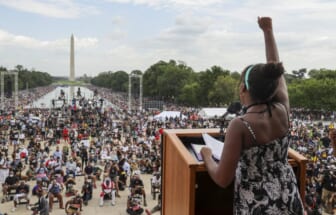 Also Read:
California panel OKs reparations limit for slave descendants
Instead of writing an entire treatise—which I’ve actually done a few times—here are the top 10 reasons why lineage-based reparations are a terrible idea.

10. It is based on white history.
First of all, the bill states that “More than 4,000,000 Africans and their descendants were enslaved in the United States and the colonies that became the United States from 1619 to 1865,” which excludes the descendants of Africans who were enslaved in America by anyone other than English settlers who showed up a century after Europeans arrived on the continent with enslaved Africans. We still don’t know what happened to the Africans who revolted in the Spanish colony of San Miguel de Gualdape in 1526. Historians speculate that they may be living in North Carolina but are we to think, in 500 years, none of those people made it to California?


It also rests on the tenuous definition of “descendant” and the actual definition of African-American, which doesn’t actually exist because race is just something white people made up.

9. …And white math.
This entire concept of tying reparations to ancestry is based on a white supremacist construct used to demonize welfare queens, social programs and the MAGA form of racism known as “economic anxiety.” According to the “zero-sum” philosophy, if everyone gets a piece of the American pie, there will be less for everyone.

Unfortunately, that’s not how math works.

When wealth is distributed evenly, it generates more wealth and less poverty. This economic concept has been so widely accepted that we don’t even argue about it anymore. We are willing to use taxpayer money to subsidize white farmers, billionaires and wealthy corporations by reasoning that the money will have a positive economic impact. We provide Social Security, small business loans and stimulus checks for the same reason—because it stimulates the economy. Apparently, Black people are the only segment of our society for which economic stimulus doesn’t work because…you know…we’ll just use it to buy Cadillacs, steak and snow crabs.


Giving reparations to more people who are affected by racial inequality is the surest way to repair the wealth gap. It’s right there in the word!

More people getting their share of pie doesn’t necessarily mean smaller slices for everyone. This is only true if we accept that there is only one pie that has already been prepared. Otherwise, you’d probably need some intelligent people to figure out how many people need pie and request enough ingredients to give everyone an adequate slice.


If only there were some kind of task force that could work this out.

8. It excludes actual descendants of the enslaved.
It is said that there were Africans who “couldn’t nobody own,” including those who revolted aboard slave ships and those who escaped immediately after landing and lived in maroon communities. Archeologists believe thousands of unowned Africans resided in North Carolina’s Great Dismal Swamp. Their descendants alone may number in the hundreds of thousands by now.

How about the Haitians and free people of color who lived in Louisiana before America purchased it from France? They are Americans; they are descendants of slaves, but they were not Americans when they were enslaved nor were they enslaved by American citizens. The same holds true for Black people who were emancipated before 1776—technically, they were British citizens before America existed. How about the millions of Black immigrants from the Caribbean who came to America as freedmen but were enslaved by Americans who owned plantations in Jamaica, Barbados, the Bahamas, etc.? While that may sound like an inconsequential fact, it is how South Carolina actually became a colony. Oh, by the way, it’s also why Charleston, S.C., had the highest per capita income in the 13 colonies before the American Revolution, which is why the city was known as the “slave capital of America.”

Top 10 reasons why lineage-based reparations is a bad plan 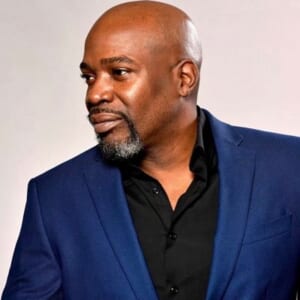 Michael Harriot is a writer, cultural critic and championship-level Spades player. His book, Black AF History: The Unwhitewashed Story of America, will be released in 2022.

He made some of the dumbest bad faith arguments against lineage based Reparations that I've heard so far. He doesn't understand that Reparations is not just for slavery but also for the period of legalized discrimination post-Civil War.

The 8th point sounds kinda silly because all of these excluded groups wouldve eventually intermarried with the larger black populace that was released in the 1860s. I find it hard to believe that the black people who were freed prior to 1776 during brittish rule or the maroon colonies of florida have exclusively stuck to themselves after hundreds of years. By intermarrying even once into the FBA/ADOS family, then their descendants should be eligible for all the benefits.

I ain't even read fukk this bootlicking fakkit

if you not indian you don't get Indian reparations if you not Jewish you not entitled to their shyt, so on and so forth WHY IS THIS SUCH AN ISSUE WHEN TALKING ABOUT THIS shyt...

don't fall for the trick bag talking points, muscle on through this bullshyt....

Not reading, fukk him and fukk that.

You’re late. @marcel4congress DESTROYED this man in a twitter space debate earlier this week. It was embarrassing how badly he picked apart this BS article. harriott ended up agreeing with lineage in certain aspects.

saturn7 said:
How about the Haitians and free people of color who lived in Louisiana before America purchased it from France?
Click to expand...

I promise you - there isn't a Haitian on Earth waiting on reparations from the US gov't.

We much rather get the stash of gold that was stolen in the 1914 armed robbery committed by the US Marines - but most of us know the gold is never coming back.

we country, not hillbilly.

Amerikan Melanin said:
You’re late. @marcel4congress DESTROYED this man in a twitter space debate earlier this week. It was embarrassing how badly he picked apart this BS article. harriott ended up agreeing with lineage in certain aspects.
Click to expand...

Just went and looked up this brothers Twitter. The brother is doing some work. I got family in his district. I’m going to bring him up to them this weekend, and put him on their radar.

fukk that dude and anyone who agrees with his fakkit ass

They call me Dexter St. Jacques

Yeah he's wrong. Other racial issues that effect other black groups should be treated as a separate issue, even more so since doing so strengthens the idea and validity of reparations as a whole. He and a few others need to stop with their line of thinking. It is harmful in many ways.

Reppin
The Island of Relevancy

People have evolved from saying "I'm against reparations" to completely causing confusing.

Slavery happened, those ppl had to go into a world with nothing as their work earned billions for this country, slavery was outlawed, PAY THOSE PEOPLE and their families.

It's not our fault the US didn't just do this during Reconstruction.

"It's based on white math."

The idea we can't trace our families back to slavery times is a white lie.

It’s crazy to think of how long slavery lasted in this country. We were slaves in America longer than we’ve been free. Add in the bullshyt we’ve endured after the civil war where we dealt with racism and discrimination and it’s even longer.

And now in 2022, despite making up 12% of the population, we have more people incarcerated than any other race.

Hold your own beef patties

Why do these nikkas think they can speak on our shyt at all?

I don’t want to converse with another anti-reparations non/ados again. We taking an L even entertaining these bootlicks.