1st round of the world cup just ended and all the fully black nations lost to Europeans teams thanks to....

MacNCheese said:
them and made them what they are as players. If African teams want them, they gotta give them a better incentive.
Click to expand...

But this nikkas be all happy celebrating goals i don't get it.

I guess i look at the big picture too much most black people don't care(this thread is an example nikkas laughing like its a joke while I'm here hurt cause I wish I could see an African team win the world cup....

Man fukk this pro black shyt. It's a waste of time. I just gonna work on my c00ning

Krs2 said:
What hurts me more is this Ls back up the narratives that black players are tactical weak and they can only shine in teams with enough whites
Click to expand... 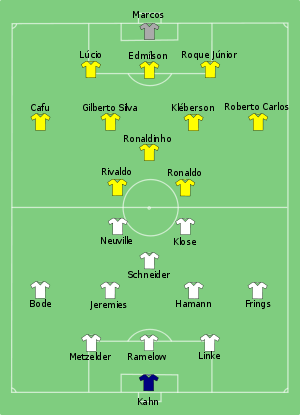 Krs2 said:
It's about money on Both parts. nikkas got be "crazy" enough to turn down money

This is the same problem whenever you see talented black people who are "owned" by white. Money will always speak louder unless the talent is crazy enough to refuse it

What many of y’all choose to ignore is a lot of these “African” players weren’t born in Africa. They were born in the European countries they play for.

Why is Lebron a tag?

apart from senegal, the african teams are not that good
the best Africans play for European teams

Krs2 said:
This is the excuse some players make but let's be real, money wise the African federations can't compete. Thrm nikkas will always chose the money
Click to expand...

A lot of these Argentinians, Brazilians etc got dual nationalities but choose to play for their native lands.

Shout out to Drogba and Eto'o though. Actual black kings and not shameless c00ns.
Click to expand...

Top SA teams are guaranteed to go to the world cup; no African team is guaranteed a place, qualification is a bloodbath
also most of them played for local side before moving to europe
neymar = santos
suarez = nacional

in the case of Africans, they were developed by European clubs

I'm so outraged. Literally hopping mad. How could the Democrats Africans do this?
U

A bunch of stupid fukkers who only care about Football when the World Cup is around.

Players will likely play in the country they were raised in. This is common sense. You will see that with a lot of players, they play in the under 16, under 18 and under 21 squads.

This is easier for them to do when they don't have to travel overseas for training. It puts them on the path for playing for the senior team.

They were born or raised in Europe, that's why. It's not complicated.

If African FA's were more organized and less corrupt, then perhaps more of these players with African heritage will want to play for their countries of heritage.

Reality is that they want to represent the countries that they were born/raised in first. For some it's also a matter of opportunity. There are Brazilian citizens who have been naturalized and are playing for foreign countries because the Brazilian national team is too deep. Portugal has a number of these players.

Also, many African teams are fielding players who were born and raised in Europe. Quite a few of them actually. Most, if given the opportunity would prefer to play for the countries in which they were raised. There are some TOP players of Nigerian heritage playing at the highest level right now. Does that mean we should expect to see the likes of Saka and Musiala suiting up for the Super Eagles?

Also, this is not something unique to African teams. It's about prestige for the players. Owen Hargreaves was born and raised in Canada yet decided to represent England. Tomori could have played for Canada as well, but instead chose England. Now he's watching the WC from home.

Finally, all of these players that OP is referring were developed by European FAs (football association). African FAs need to focus on investing more money on player development so they too can develop these world class players.

Krs2 said:
What hurts me more is this Ls back up the narratives that black players are tactical weak and they can only shine in teams with enough whites


This African teams be stacked with great players but still take mad Ls shyt is sad
Click to expand...

Soccer isn't really our shyt. We have enough sports lol
I

Its just confusing perhaps to some American commenters because we have foreign born athletes compete in our sports leagues all the time, but when the Olympics comes around, those athletes often represent their home countries and compete for their national teams.

I guess football and the World Cup are a different dynamic though. I am ignorant of the dynamic myself. But since world cup and the sport has never been as popular in America as it is around the world, perhaps more of us are ignorant of that difference as well.

I'm sure some of these athletes were born and/or mostly raised in the countries they represent as well.
Last edited: Thursday at 6:53 PM

They tryna get a check OP
You must log in or register to reply here.

F
Alphabet Gang Are Forcing Their Way to The Qatar World Cup!!!
2 3 4

Wednesday at 8:30 AM
Lil Bape the PostGod