Cardi is promising to be on her best behavior to Twitter CEO Jack Dorsey after being shadowbanned on the platform.

Cardi B is known to be one to never hold her tongue and has proven time and time again she's not afraid to talk about the most explicit of subjects. While that behavior landed her a hit with "WAP," Cardi's explicit tweets about sex, politics, and everything in between has earned the 28-year-old a spot on Twitter's "shadow ban" list.


When someone is shadowbanned on the app, the platform purposely blocks a number of their followers from seeing all of their tweets. The "Bodak Yellow" rapper has nearly 16 million followers on the app and is accusing the platform of preventing some of them from seeing all of her tweets. Cardi addressed the possibility of being the target of a "shadow ban" because of something rated R she posted.


"WTF I DID NOW" Cardi asked when a fan pointed out she'd been shadowbanned. She then asked Twitter to release her from the ban, promising to be on her best behavior and no longer tweet about "suckin" and "f*ckin" in the new year. She followed up with a hilarious voice tweet donning a British accent and tagging Twitter CEO Jack Dorsey begging for forgiveness from the platform.

Cardi often entertains raunchy discussions on her timeline, including one just last week when she asked fans what the perfect movie for a Netflix and chill session with her husband, Migos' Offset.

Over the weekend, Cardi stirred controversy for protecting Kulture from hearing "WA

Eve was a thot.

She's black so it makes sense.

There's millions of people posting worse stuff including vids of people dying and pr0n but they see a black person with lots of followers so they shadow ban
Click to expand...

good...lets shadow ban this btch out of the booth next

There's millions of people posting worse stuff including vids of people dying and pr0n but they see a black person with lots of followers so they shadow ban
Click to expand...

How is she black? This is her parents. 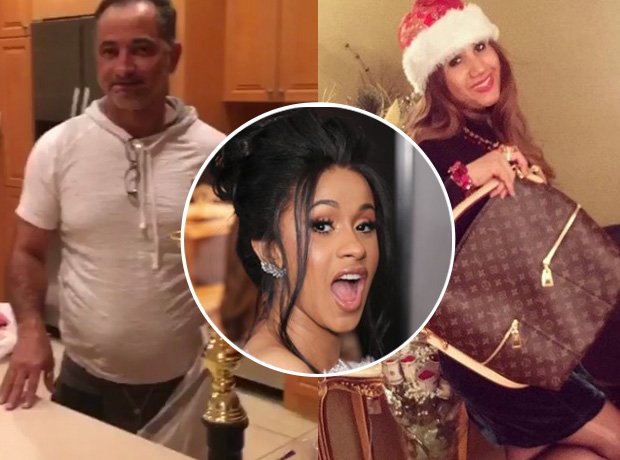 What race is she

YSL as a gang must end

Dominican, She's a spicy cac with some African ancestry.

The Infamous said:
How is she black? This is her parents.

Lmao she is truly her mothers child. Just spit her out

Eve was a thot.

The Infamous said:
How is she black? This is her parents.

Expect Cardi B's mom to have been faithful, brehs.

I don’t argue with niqqas on the Internet anymore

Dorsey is a master pimp. He is the epitome of zaddy