What about that "brown" coalition....

Ungrateful m'fers. I'd cancel the browns, too.


And that joke of a black social club, The Coterie of c00ns, Inc.

Would she grant an interview to her white wife? 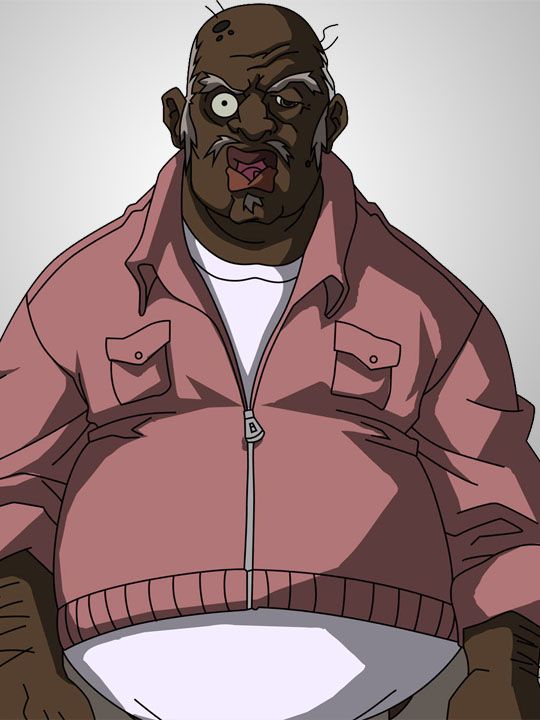 Loyal servant of the God-Brehmperor 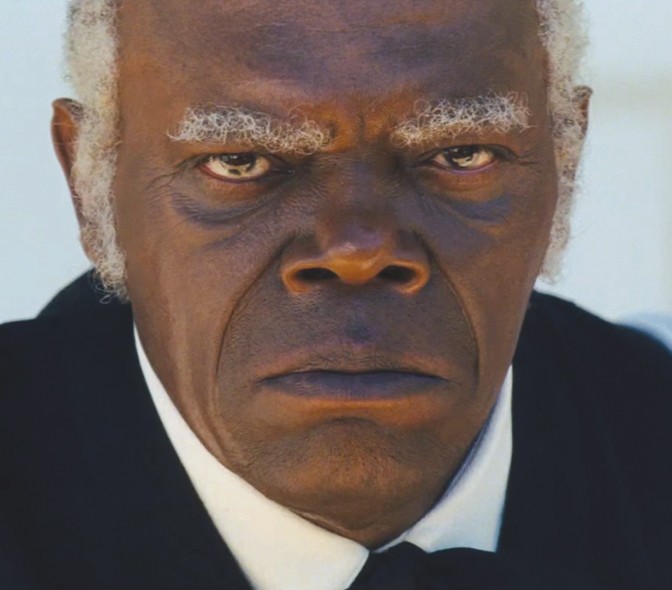 How many people of color were in Trumps cabinet/administration?

Did these same folks have anything to say about that?

smoke screens by the mayor.. She's losing the city..

He got real tight last month when Geraldo told him I've been through the hood more than you have. And you know Geraldo may not have been lying

Truthfully this is idiotic. She pushes no policies for black peoples just does symbolic gestures that serve no purpose. This bytch is the typical democrat. Going home to sleep with her white partner. Meanwhile black kids in chicago don’t have a pot to piss in and cops get away with murder.

Amerikan Melanin said:
Truthfully this is idiotic. She pushes no policies for black peoples just does symbolic gestures that serve no purpose. This bytch is the typical democrat. Going home to sleep with her white partner. Meanwhile black kids in chicago don’t have a pot to piss in and cops get away with murder.
Click to expand...

She's trying to help revitalize Bronzeville, doing virtually what no Mayor, except Harold Washington, has had an interest in doing before.

Teams Competing To Revitalize Bronzeville’s 47th Street Corridor Unveil Grand Plans To Neighbors
The teams are trying to win city dollars to redevelop the property around 449-51 E. 47th St. The winning proposal will be announced later this spring. 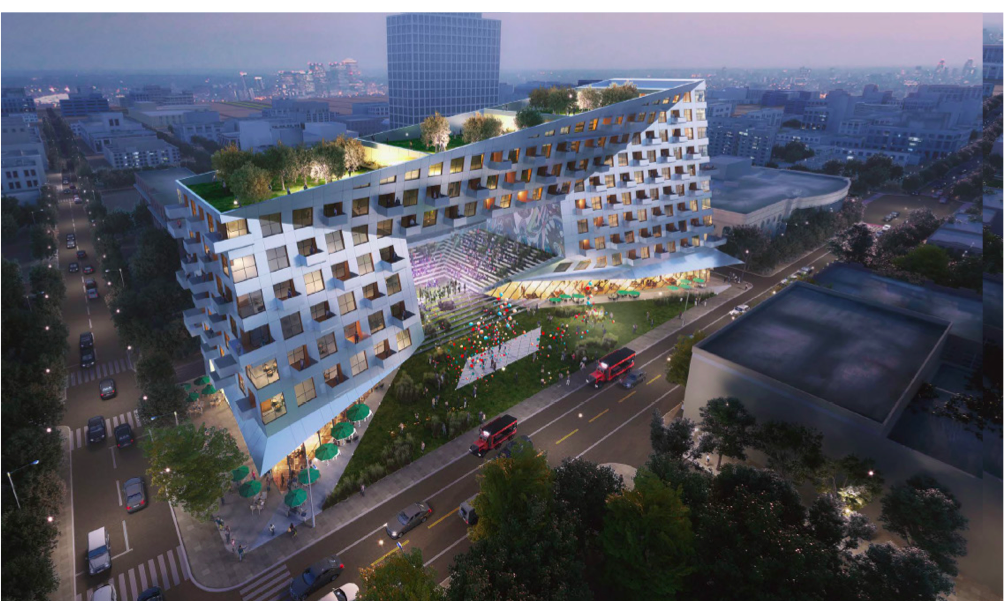 The Village, a collaborative effort from Milhouse LLC and Imagine Group.
BRONZEVILLE — Three development teams competing to change the face of Bronzeville’s famed 47th Street corridor pitched their vision to a virtual audience Tuesday as they compete for city money to help build their projects.

The Chicago Department of Planning and Development hosted the webinar where the three teams —helmed by Black-led firms KMW Communities, Imagine Group and Revere Properties — look to redevelop the lot at 449-51 E. 47th St. into a housing and retail complex as part of the city’s Invest South/West initiative. The site is one of 13 being redeveloped on the South and West sides.

Teams had four months to prepare proposals that focus on equity, wealth building and the promotion of local business development. A finalist will be selected later this spring. A video of the meeting is available on YouTube. 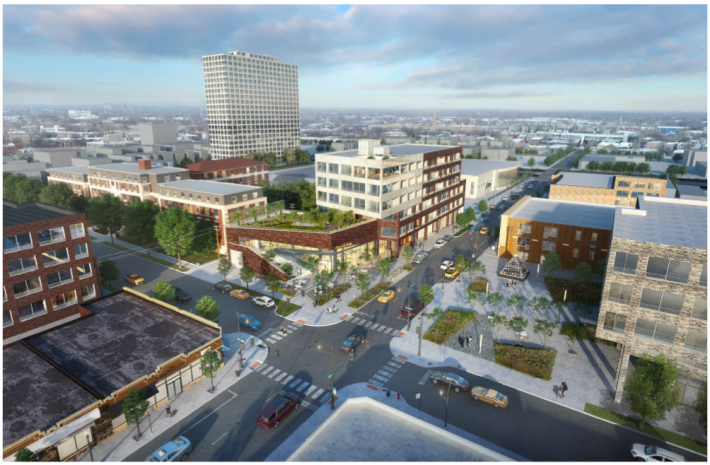 An artist rendering of The Legacy District proposal.
“We believe in this neighborhood. We want to see it grow and prosper,” said Williams, who added that the team has invested $16 million into the community over the last two decades.

The $19.4 million project calls for a 74,760-square-foot, six-story residential and commercial building with covered parking, communal roof gardens and a rooftop farm. Twenty-five units of housing — five of them affordable — are also part of the proposal. The team estimates it will create 340 jobs, 240 of them permanent. Community partners YWCA and DePaul University would run a women of color entrepreneurship center on the site.

‘The Village’
“The Village,” a proposal created by Imagine Group and Milhouse, hopes to continue Bronzeville’s reputation as an entrepreneurial incubator. Their plan calls for 167,293-square feet of commercial and residential space, with 20 percent set aside for affordable housing. Hyde Park Kilwin’s owner Jackie Jackson has agreed to take on one of several empty storefronts. The project would cost $57.8 million. 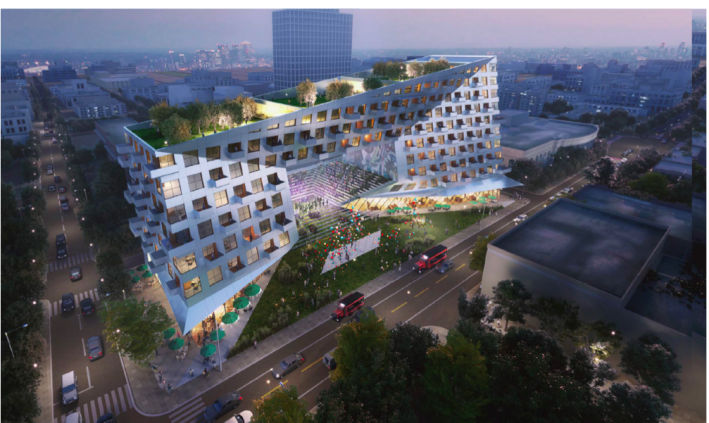 The Village, a collaborative effort from Milhouse LLC and Imagine Group.
“What makes our proposal very unique is how we connected to the community, how our programs and businesses we’re bringing to the table will help Bronzeville grow,” said Milhouse Lead Developer Melanie Jefferies. “We’re not only thinking about one site, but an entire corridor and making it a cultural destination.”

Revere Properties President Lee Reed presented his team’s proposal, which calls for a “holistic approach” to redeveloping the 47th Street corridor. The team wants to acquire two additional buildings across the street to complete their vision of a dining hall providing heathly food and grand culinary experiences. 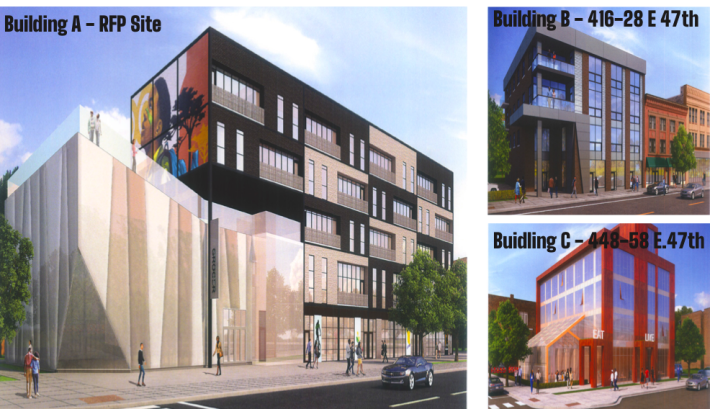 A rendering of 47th/Vincennes Partnership LLC.
The “47th/Vincennes Partnership” project would span 116,200 square feet, with 41,000 square feet of retail, 30 apartment units, and 16 condominium units. Total cost is $41.7 million, and the team is partnering with the Chicago Urban League to provide jobs and workforce development programming as part of their efforts to “promote financial growth.”

The team is also hoping to duplicate the synergy between the Bronzeville Artists Lofts and Gallery Guichard, with the latter employing residents in various positions and providing exhibition space for artists. 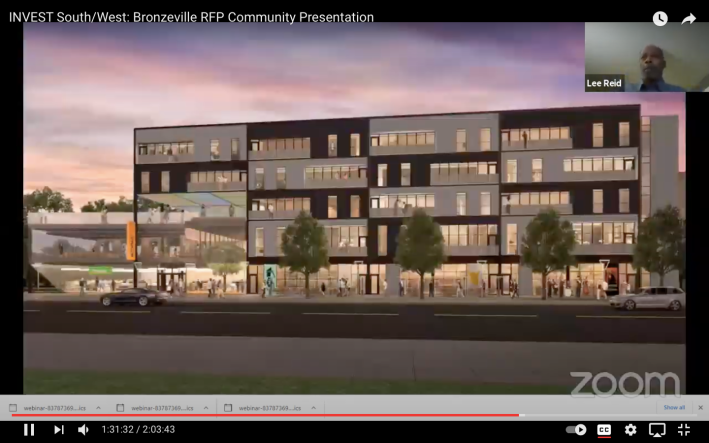 An artist rendering of the 47th/Vincennes Partnership proposal.
Subscribe to Block Club Chicago. Every dime we make funds reporting from Chicago’s neighborhoods.

THIS DIKE TRYING
TO PANDER TO BLACKS NOW?

SHE DONT fukk WITH nikkaS
AND VICE VERSA.

Bro, even when smiling the scowl is present 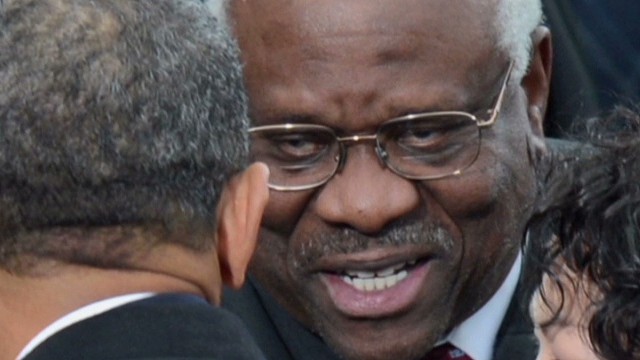 That chick last name is Alvarez and she complaining.

George's Dilemma said:
Bro, even when smiling the scowl is present

Not sure what's she's hoping to achieve here.

All well Lori lightfoot and the Moorish Americans

Buckeye Fever said:
That Leo c00n got that c00n scowl
Click to expand...

8WON6 said:
That chick last name is Alvarez and she complaining.

White Latina CAC’ing it up per usual

The Black James Bond said:
How many people of color were in Trumps cabinet/administration?

Did these same folks have anything to say about that?
Click to expand...

No because the Trump administration hired the most qualified candidates who just happened to be all white.

Even if you were going to implement something like this, it has to be specifically an unwritten rule. That’s one of the main ways the good ole boy system worked for so long.

Cut off your nose to spider face

NoMoreWhiteWoman2020 said:
Cut off your nose to spider face
Click to expand...