xoxodede said:
"We are cautious about placing names on shipwrecks that no longer bear a name or something like a bell with the ship's name on it," maritime archaeologist James Delgado said in a statement. "But the physical and forensic evidence powerfully suggests that this is Clotilda."
Click to expand...

There were more black indigenous "indians" shipped out of America than there were Africans brought in. They needa start telling us about that instead of trying to drill the narrative that every so called black person is African...

Foster anchored Clotilda on July 9 off Point of Pines in Grand Bay, Mississippi, near the Alabama border. He traveled overland by horse and buggy to Mobile to meet with Meaher. Fearful of criminal charges, Captain Foster brought the schooner into the Port of Mobile at night and had it towed up the Spanish River to the Alabama River at Twelve Mile Island. He transferred the slaves to a river steamboat, then burned Clotilda "to the water's edge" before sinking it.[9] He paid off the crew and told them to return North.[9]

Mhofu said:
Descendants of the last slave ship to arrive in the U.S. - The Clotilda
Africatown - Wikipedia


I would love to know the genetic ancestry of these people. I think some of them could be 100% SSA/Black genetically.
Click to expand...

I'm pretty sure they are. As their ancestors came in 1860. The CW started three years later and Emancipation a few years after that.

Most ADOS have non-African DNA due to what happened during our ancestors enslavement -- and most of our ancestors have been here since the late 1600's-early 1700's.

xoxodede said:
I'm pretty sure they are. As their ancestors came in 1860. The CW started three years later and Emancipation a few years after that.

Most ADOS have non-African DNA due to what happened during our ancestors enslavement -- and most of our ancestors have been here since the late 1600's-early 1700's.

I know there has been quite a few ADOS/Afram that have come back as 100% SSA/Black via DNA testing. Many of them had Gullah roots.

Mhofu said:
I know there has been quite a few ADOS/Afram that have come back as 100% SSA/Black via DNA testing. Many of them had Gullah roots.
Click to expand...

But, I think it's plenty in Alabama -- especially places like Mobile and Montgomery. My fathers side -- his mom and dad's side - I am pretty sure they are all 100%SSA - if not - upper 90%'s.

Why you had to go?

It’s funny cuz I’ve met quite a few Black divers that specialize in this kinda work. The surface has barely been scratched too.

You’d be surprised the type of things our people are doing outside the white man’s noxious cloud of divisiveness and hopeless cynicism that most of us are addicted to.

questlove is a descendant of them too

Yagirlcheatinonus said:
Don’t the Moorish Science teach it won’t no slave ships or some shyt

There's a school of thought pertaining to that and stupid muthafukkas eat it up.
Last edited: Jun 7, 2021 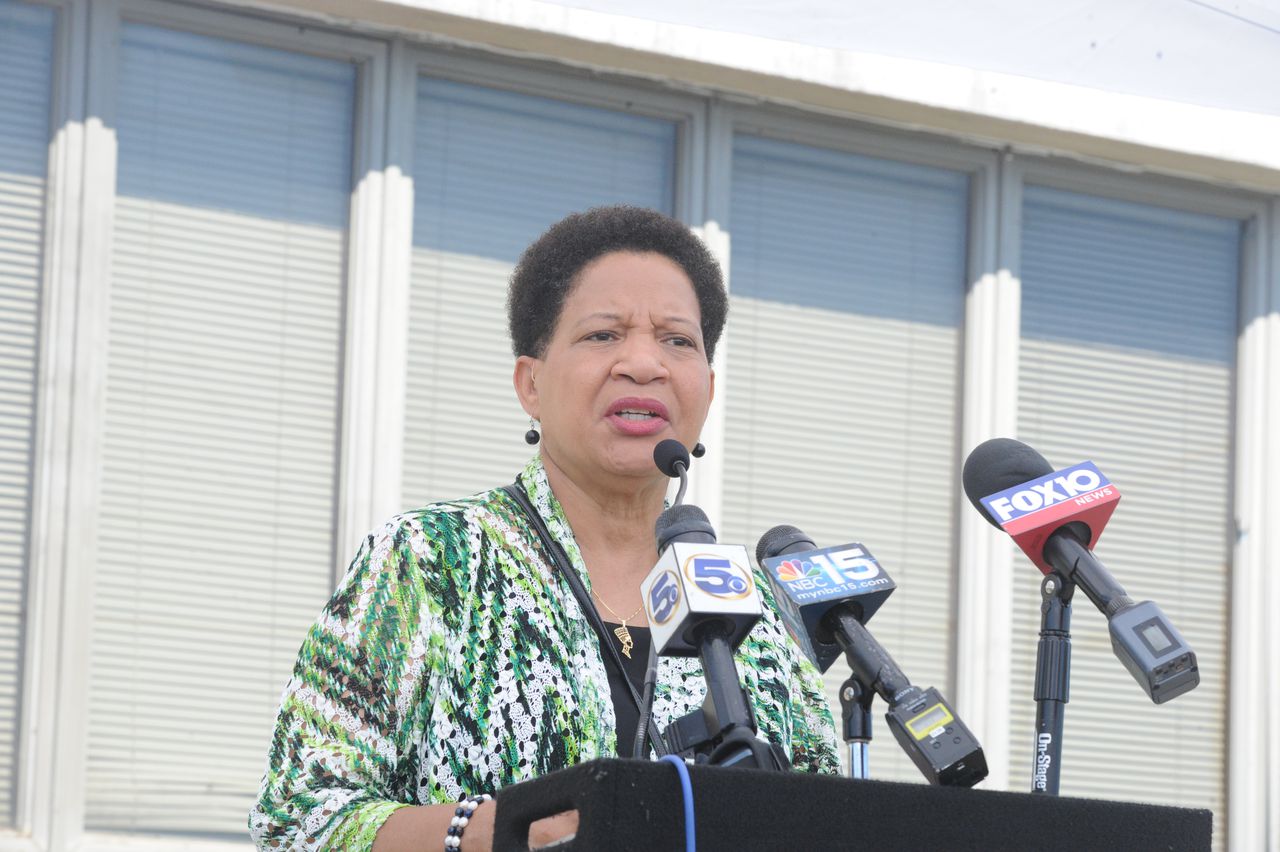 State Rep. Adline Clarke, D-Mobile, speaks during the Thursday, June 17, 2021, announcement about the purchase of a former credit union in the the Africatown community that will serve as a food pantry and as the home office for the newly-established Africatown Redevelopment Corp. The city purchased the credit union building from the descendants of Timothy Meaher, who owned the Clotilda. The vessel was the last ship to bring captured Africans to the United States to be sold into enslavement in 1860. (John Sharp/jsharp@al.com).


A nine-member board of directors that will assist in guiding the revitalization efforts of the Africatown community north of Mobile will meet for the first time Thursday.

The names of the members were revealed late Tuesday by state Rep. Adline Clarke, D-Mobile, who sponsored legislation during the spring session to form the Africatown Redevelopment Corporation. The legislation, signed into law in April by Gov. Kay Ivey, was developed to form a board of directors whose aim will include revitalizing efforts in a community with a heritage that is linked to the 110 African natives enslaved aboard the Clotilda.

A part of the slave ship was discovered in 2019, kickstarting an effort to generate tourism and economic development in an area surrounded by industrial development that has, for decades, battled poverty and blight.

The board will meet at 4 p.m. Thursday at the Robert L. Hope Community Center in the heart of the Africatown community next to where a future Heritage House museum is under construction. The Heritage House, viewed as the first tourism-related attraction in Africatown, is expected to open in early 2022.


The ARC’s efforts will also include preserving the community’s history -- Africatown was settled by the Clotilda survivors following the Civil War. Also, the group’s purpose will include developing commerce in the historic community.

The ARC board members include:

The ARC will eventually be housed in the former Scott Credit Union building on Paper Mill Road. The city purchased the building from the descendants of Timothy Meaher, who owned the slave ship. The building is expected to undergo renovations in the coming months as part of a project spearheaded by the Mobile County Commission.
Last edited: Oct 7, 2021

Yagirlcheatinonus said:
Don’t the Moorish Science teach it won’t no slave ships or some shyt

Thankfully, I don't believe in none of that bullshyt.