Anybody pick this up? 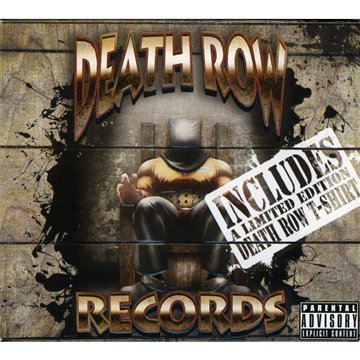 Was watching Straight Outta Compton recently and thought to do some reading on the label and it's multiple transfers of ownership. Looks like this might have been the last thing to be put out. Wondering if there is any fire tracks on here?

Never even heard about this. May have to pick it up. Death Row has hip hops goat catalog.

"After releasing a collection of Snoop outtakes plus their “Re-Lit” version of Dr. Dre’s The Chronic, the WIDEawake Entertainment group continued their unleashing of Death Row Records vault with their most ambitious project yet. The Ultimate Death Row Collection kicks off with a disc full of hits from the infamous West Coast label’s heyday. With “Gin & Juice” (Snoop Dogg), “Nuthin’ But a “G” Thang” (Dr. Dre), “I Ain’t Mad at Cha” (2Pac), “Regulate” (Warren G.), and a slew of others, it’s a whirlwind of vital G-Funk hits and West Coast classics that finishes on a high note, the fan favorite “Afro Puffs” (Lady of Rage). Disc two and three are where things get interesting, as a series of unreleased and rare tracks present an alternative-reality version of Death Row. From the LBC Crew’s ominous “Six Shooter” to Soopafly’s underappreciated party cut “This Type of Flow,” the collection makes the Row seem much more active and diverse than most will remember. Add to that undiscovered gems like Kurupt throwing some beef Too Short’s way (“Everybody Needs to Slow Down”) Danny Boy delivering a prime G-Funk ballad ( “Rock, Roll, & Bounce”), and Petey Pablo in Death Row mode (“Spit Game”), and there’s plenty here for West Coast fans to savor. One wishes the liner notes were beefier or that all the "Producer Unknown” credits were resolved, though, and putting classic tracks like 2Pac’s “All Eyez on Me” amongst the rarities makes this collection seem confused. Still, these are minor complaints, and when a collection shifts the mystery from “what did it all sound like?” to “why weren’t these great tracks big hits?”, it’s an easy recommendation."

I tried linking it to Amazon, link wasn't showing up, went to their homepage.

I got it the day it dropped, it came with a tshirt


hearing Crooked i rhyming over a Dr. Dre beat

the best material from Death Row is already out, they just out for a quick buck with these compilations

they keep repackaging this shyt..it's over. that era is gone. if they want to do something drop some instrumentals & acapellas from those classics.. who the fukk wants to hear petey pablo on death row? foh