China Fires Missiles over Taiwan for the first time in 20 years in response to Pelosi's visit UPDATE: China imposes sanctions

Neo The Resurrected ONE said:
Which was my point. These dudes always come in here talking about what Russia and China got as if America ain't got something that would wipe both countries off the map and then have half their artillery left over for whoever has a problem with it.
Click to expand...

Or as if Europe is going to stand idle and let Russia and China wipe their largest ally off the map.

TreySav said:
Ukraine is a debtor nation. When in the world did land mass equate to military capabilities?

I was gonna say something but, I have no desire to go back and forth with him

Ozymandeas said:
I was gonna say something but, I have no desire to go back and forth with him 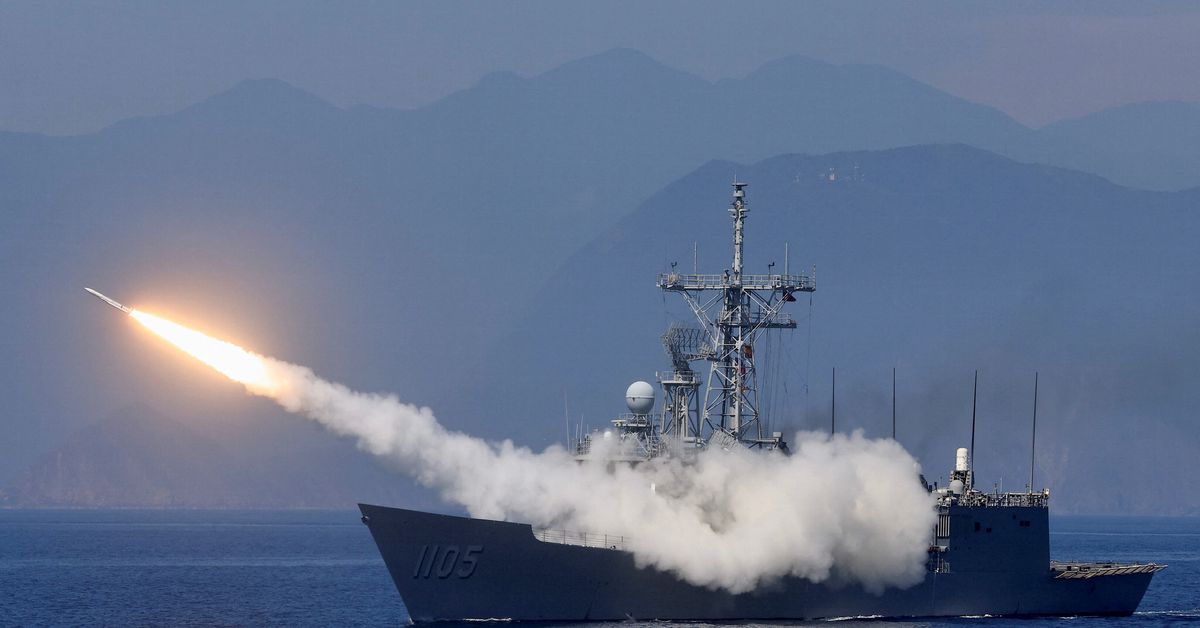 The deputy head of Taiwan defence ministry's research and development unit was found dead on Saturday morning in a hotel room, succumbing to a heart attack, according to the official Central News Agency.

TAIPEI, Aug 6 (Reuters) - The deputy head of Taiwan defence ministry's research and development unit was found dead on Saturday morning in a hotel room, succumbing to a heart attack, according to the official Central News Agency.

Ou Yang Li-hsing, deputy head of the military-owned National Chung-Shan Institute of Science and Technology, had died in a hotel room in southern Taiwan, CNA reported.

Authorities said 57-year-old Ou Yang died of a heart attack and the hotel room showed no sign of any 'intrusion', CNA said. His family said he had a history of heart disease and had a cardiac stent, according to the report.


Ou Yang was on a business trip to the southern county of Pingtung, CNA said, adding that he had assumed the post early this year to supervise various missile production projects.

The military-owned body is working to more than double its yearly missile production capacity to close to 500 this year, as the island boosts its combat power amid what it sees as China's growing military threat. read more
Click to expand...

85 East said:
They don't automatically side with America. They side with profits. Population wise North America is 4.73% of the world's population. Do the math. Thats called financial suicide. As far as food dependence, China gives zero fukks and would just rob surrounding countries of their stock. This is what they have been doing in Asia for a while now stealing land and ocean from the Philippines and others. They'd probably just rob Africa and force them to fight for them as well. China played the long game.
Click to expand...

You can steal land all day and it won't matter if it can't be farmed. If what you say is true and they were actually stealing land, then they would have already "stolen" all that they need. And they haven't because they can't. You're talking out of your ass. Show where these other countries side with China over America. Canada definitely isn't. Hell, Brazil since Bolsonaro took over has leaned way more US than China. Your narrative just isn't true.
You must log in or register to reply here.

As Nancy Pelosi sets a visit to Taiwan, there’s increased concern China is getting ready to invade Taiwan.
6 7 8